Uber, er, taxi for the 20-plus bros booted out of upstart for harassment 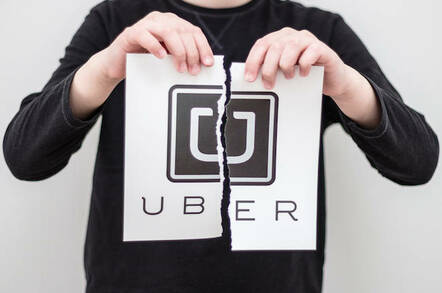 Updated Uber has told its 12,000-plus employees it's sacked more than 20 staff after investigating harassment at the San Francisco startup.

The workers were given the boot following an internal review by lawyers Perkins Coie, according to Bloomberg. A separate investigation led by former US attorney-general Eric Holder, launched in February, has also delivered a report to Uber's board.

We're told Perkins Coie looked into 215 complaints to Uber's HR department, deciding to take no further action in 100 cases, and with another 57 remaining under investigation. CNBC notes that as well as claims of sexual harassment, grievances leading to the sackings included retaliation, discrimination and other issues. Both outlets say the dismissals reach into senior management.

Uber is the standard-bearer for Silicon Valley's “bro culture,” something that came to a head this year when ex-Uber site reliability engineer and O'Reilly author Susan Fowler tore into the outfit after a horror year with the biz. One of CEO Travis Kalanick's responses, in March, was to try and find an adult to help run the company.

In April, Zecole Thomas leveled another serious charge, claiming that racism and stress working for Uber contributed to her husband Joseph Thomas's suicide.

Update: Uber fired off a couple of Tweets about the report, and the numbers aren't encouraging.

2/ And here’s a further breakdown of the 215 claims: pic.twitter.com/yLhFGvgmlJ