Smartphone king already losing its only hope for a base 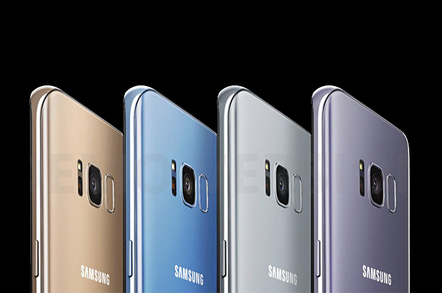 With its much-hyped Bixby Voice assistant still learning basic English, Samsung has to deal with a mass defection of its user base.

The Android Store has become a haven for apps that allow end users to kill off the Samsung virtual assistant in favor of Google's in-house option.

Samsung has been pitching Bixby Voice as its answer to the likes of Apple's Siri, Amazon's Alexa, and the Google Assistant mobile tool. Plagued by language difficulties in its translation from Korean to English, Samsung has moved its general release date to the end of June, more than two months after releasing its latest hardware.

The delay is no surprise to industry analysts, who are growing increasingly skeptical of Samsung's ability to compete with the likes of Google and Apple when it comes to mobile software.

"Samsung has once again delayed the rollout of the voice component of its digital assistant Bixby, further reinforcing our opinion that Samsung can really only compete in hardware," said Richard Windsor, an analyst with Edison Investment Research.

"This, combined with the poor performance already offered by Bixby services on the Galaxy S8, leaves me unsurprised that a method to rewire the Bixby hard key to Google Assistant has already been published."

Samsung has said that Bixby Voice search will be hitting the market by the end of the month, and the company notes that other elements of the Bixby platform, including visual search and scheduling tools, are already active for the Galaxy S8.

"Bixby Voice benefits from time to further enhance natural language understanding, and we are currently growing our user testing in the US to prepare for launch," Sammy says.

"Key features of Bixby, including Vision, Home and Reminder, are available now.”

Those key features, however, may not be enough to ward off the encroachment of the largest Android ecosystem. If Samsung can't get Bixby out sooner rather than later, Android owners may not much care about the marginal improvements of the platform when the time comes to choose between a shiny new Bixby or the known and trusted Android Assistant software. ®