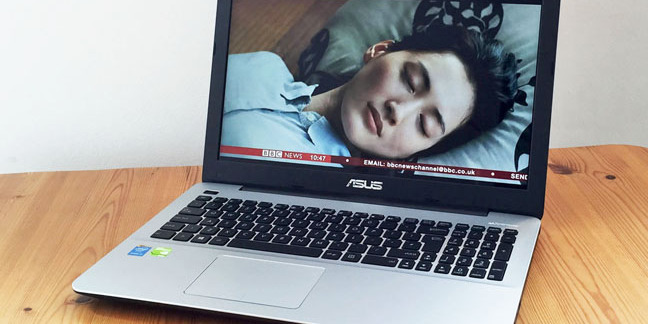 The Utah Attorney General's Office says marrying a laptop is not a constitutionally protected right, particularly if it's less than fifteen years old.

Responding to a quixotic lawsuit that aspires to undo the US Supreme Court's recognition of same-sex marriage, David N Wolf, Assistant Attorney General of Utah, contends that being denied the opportunity to marry a laptop does not qualify as a rights violation.

"Simply put, marrying a laptop computer or multiple partners are not rights protected by the Constitution," Wolf says in his motion to dismiss the case.

Plaintiffs Chris Sevier, John Gunter Jr, and Whitney Kohl last year sued the State of Utah, arguing, "If individuals who self-identify as homosexuals are given substantive due process and equal protection rights to legally marry, then the plaintiffs are constitutionally entitled to enjoy those same rights afforded by the 14th Amendment."

With these claimed rights, the plaintiffs say they want to marry as they see fit. In their complaint, Sevier is described as "a machinist, a person who desires to marry an object" and Gunter and Kohl are described as polygamists who want to marry multiple people.

Their line of argument in legal parlance is known as arguing in the alternative. It involves advancing a separate, possibly contradictory, line of argument, to show that their primary argument – for undoing legal recognition of same sex marriage – is the only logical outcome.

By pursuing unions with a laptop and multiple partners, the plaintiffs seek to suggest that permitting same-sex unions allows anybody to marry anything, as a way to make same-sex unions socially untenable.

"Plaintiffs' real objective, therefore, is not to obtain marriage licenses for unions they themselves see as unlawful and unconscionable, but rather a desire to restrict homosexuals' right to marriage," Wolf states in his filing.

Nonetheless, Wolf dispenses with Sevier's claim that being denied a license to marry his laptop in Utah amounts to discrimination based on his sexual preference for machines.

A laptop computer is not legally capable of entering into a marriage because it cannot consent, as required by law, Wolf argues.

And even if the laptop could consent to be married, "unless Sevier's computer has attained the age of fifteen it is too young to marry under Utah law," Wolf states.

Were any states inclined to allow mechanical matrimony, 2002-era laptops attaining the age of consent this year would include:

For the third time, Utah is asking the court to dismiss the case. Beyond observing that marrying machinery is not a constitutionally protected right, Wolf states simply that Utah's courts don't have the authority to overturn Supreme Court decisions. ®