Recycling kit to lower costs is key to Musk's goals 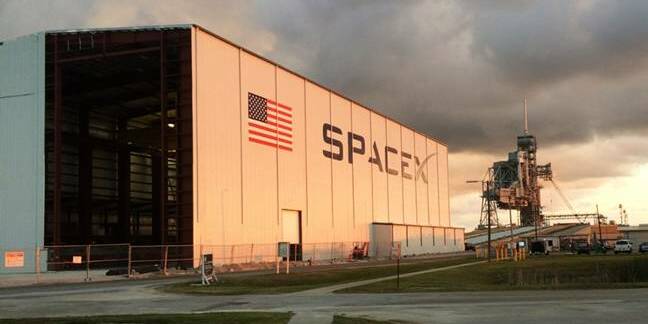 Let's get ready to rumble!

Updated On Thursday afternoon, SpaceX is planning to relaunch a Dragon supply capsule that already spent a month in space nearly three years ago.

The Commercial Resupply Services mission (CRS-11) will, weather permitting, blast off from Launch Complex 39A at NASA's Kennedy Space Center in Florida at 1755 EDT (2155 UTC) with nearly 6,000lb (2,722kg) of supplies for the International Space Station.

This will be the cargo capsule's second trip to the ISS – it first went up in September, 2014 on SpaceX's fourth resupply mission before splashing down in the Pacific. The launch will use a new Falcon 9 rocket (rather than a reused one). After delivery it will return to earth and land at SpaceX's Landing Zone 1 (LZ-1) at Cape Canaveral Air Force Station in Florida.

Alongside the usual food, drink, and clean underwear, the Dragon capsule is carrying materials for over 250 science and research investigations to be carried out by astronauts over the next year, or to be mounted permanently on the ISS itself.

In the latter case, the Dragon is delivering the Neutron star Interior Composition Explorer (NICER), which will become a permanent fixture. NICER contains 56 X-ray "concentrator" optics to pick up emissions from distant neutron stars and can be focused on newly discovered examples of such astronomical wonders.

Meanwhile, inside the ISS, the Dragon holds a joint experiment from NASA and the European Space Agency dubbed Seedling Growth-3. This will see eight strains of the common weed mouse-ear cress grown in a variety of gravitational and lighting situations to see how the plants cope.

If the pre-used Dragon launch is successful, the cargo container will reach the ISS by June 4, but the launch window today is very tight. If the launch is delayed, the Dragon won't fly until Saturday.

The trip should be successful and will add another layer to the recycling spacecraft concept that's going to be central to SpaceX's plans for cutting the cost of orbital deliveries. The Musketeers haven't given a figure on how much reusing the dragon capsule will save, but it's expected to be a lot.

Some of those savings can be passed on to buyers looking for a cheap route into orbit. ®

It looks like the ISS will have to wait a little longer for its supplies and experiments. Today's launch was scrubbed after lightning storms moved too close to the launch pad.