The third time's the charm 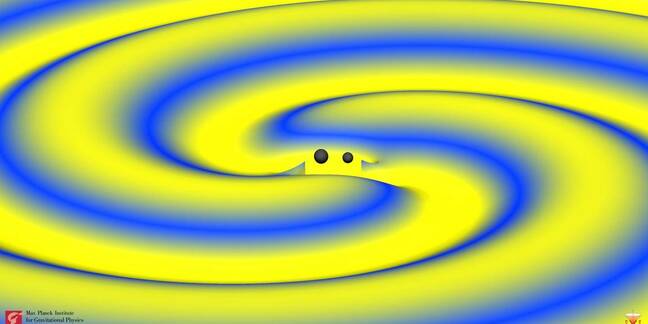 Physicists working at the Laser Interferometer Gravitational-Wave Observatory (LIGO) have spotted gravitational waves rippling through the universe for the third time, according to results published in Physical Review Letters on Thursday.

The discovery of gravitational waves was announced for the first time in February 2016. It was heralded as further proof of Einstein's genius. His theory of general relativity explained that gravity was caused by mass warping of the fabric of spacetime.

As mass travels through spacetime, a trail of gravitational waves is emitted, like when a stone is thrown into a pond.

Researchers working at the LIGO detectors in Louisiana and Washington in the US confirmed that the third gravitational wave was measured on January 4 of this year. The signal came from the final moments as two black holes collided and merged approximately three billion years ago.

The third wave, known as GW170104, came from a merger event between black holes measuring more than 31 and 19 times the mass of the sun, producing a single more massive black hole about 50 times as hefty as the sun. The rest of the mass was radiated away as gravitational waves. 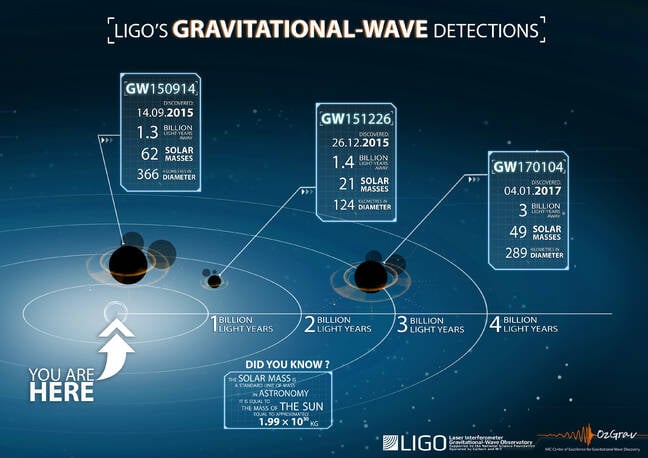 "The observation and interpretation of yet another LIGO signal, GW170104, confirms the success of our theoretical program to model binary black holes," said Alessandra Buonanno, co-author of the paper and professor of physics at the University of Maryland (UMD).

"For the third LIGO signal we could gather some evidence that at least one black hole might be rotating in a direction misaligned with the overall orbital motion – a spin configuration favored by some astrophysical formation scenarios of binary black holes," Buonanno added.

Although the theory of general relativity has existed for over a century, it is still far from complete – there are several unanswered questions. Einstein predicted that dispersion – an effect observed as light waves travelling through a prism are at different speeds due to its wavelength producing a rainbow – is forbidden with gravitational waves.

"Even for this new event, which is about two times farther away than our first two detections, we could not find any evidence that gravitational waves disperse as they travel in the fabric of space-time," Buonanno said.

"Einstein still seems to have been right about the true nature of gravity," said Peter Shawhan, co-author of the paper and associate professor of physics at UMD.

LIGO's second observation run began on 30 November and will last through August 2017. The current sensitivity has a network signal-to-noise ratio of 13 and a false alarm rate less than 1 in 70,000 years.

The detectors will be upgraded in late 2018, helping scientists to discover more about what goes on in the distant reaches of our cosmos. ®

Not betting the house, but it's plausible, boffins say

A press conference for a Nature paper? Guess that's a 'yes,' then

Precision optics lost its balls, not all of its brains, thanks to robots

Did the Earth move for you, too? Grav waves sensed from black holes' bang 1.8bn LYs away