If they know where it comes from and how fast it's going: America defends against itself 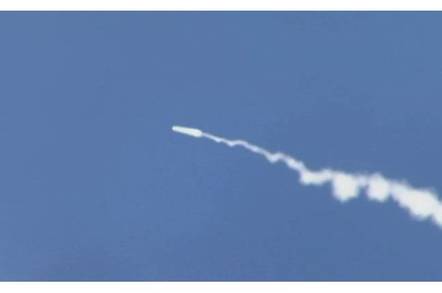 In a show of strength aimed at ever-belligerent North Korea, America has shot down what it calls a “simulated ICBM” with an intercept missile.

Following the test, the US Missile Defense Agency (MDA) claimed success, saying the target was struck by the Ground-based Midcourse Defense (GMD) element of the ballistic missile defense system.

The ICBM target was “launched from the Reagan Test Site on Kwajalein Atoll in the Republic of the Marshall Islands”. Sensors on the target sent back “target acquisition and tracking data” to command, and the sea-based X-band radar in the Pacific Ocean “also acquired and tracked the target”.

The interceptor was launched from Vandenberg Air Force Base in California, and it “intercepted and destroyed the target in a direct collision.”

The “hit” apparently occurs at around 1:07 in the video below.

While a handy demonstration that interception is feasible in the right conditions, it's only a step along the way in America's long program to try and build a credible ICBM defense.

As Martin Pfieffer, who Tweets as @NuclearAnthro, put it: “Now do it with one flying faster, carrying chaff, and of unknown launch & trajectory.”

The MDA's announcement says this test was the first live-fire test against an ICBM-class target – not, as many headlines have already claimed, the first successful interception.

The Pentagon claimed success in 2007, but after a disappointing few years, the brasshats will be pleased with today's demo, even if India has already also demonstrated missile interception abilities.

There's still a bunch of telemetry and other data to analyse, the MDA says, which will help improve ground-based systems for future tests. ®