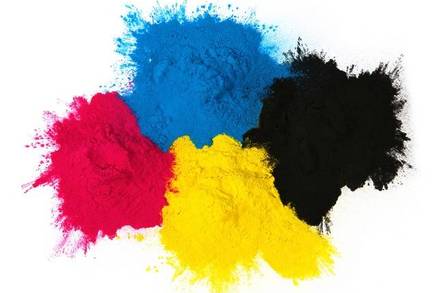 In a victory for product resellers, the Supreme Court of the United States on Tuesday limited the power of patent holders by reversing a lower court decision that gave printer maker Lexmark control over its ink cartridges after they'd been sold.

The case, Impression Products v Lexmark International, has been widely watched by advocacy groups because last year's decision by Federal Circuit Court in Washington, DC, gave companies a path to bypass the concept of patent exhaustion.

Patent law grants patent holders a limited monopoly on their goods for the duration of the patent. But when the goods are sold, patent rights are said to be exhausted, which allows third parties to resell the items without obtaining a license from the patent holder.

Lexmark wanted to prevent competitors from buying used ink cartridges, refurbishing them, and selling them to its printer customers – presumably because it would make more money by controlling that market.

In 2010, the printer maker began filing a series of lawsuits in Ohio to enforce its claims against ink cartridge recyclers who acquired cartridges outside the US. Most of the defendants in those cases chose to settle, agreeing not to obtain Lexmark cartridges abroad.

In 2016, the Federal Circuit Court agreed with Lexmark's position.

The Supreme Court, however, has overturned that decision. It ruled that while Lexmark may have an enforceable claim under contract law for Return Program ink cartridges acquired in the US and resold there, the company may not make a patent claim.

And with regard to ink cartridges acquired abroad and resold in the US, the Supreme Court said that selling goods outside the US exhausts patent rights just as a sale inside the US would do.

"Exhaustion is a distinct limit on the patent grant, which is triggered by the patentee's decision to give a patented item up for whatever fee it decides is appropriate," the court's decision says.

"The patentee may not be able to command the same amount for its products abroad as it does in the United States. But the Patent Act does not guarantee a particular price. Instead, the Patent Act just ensures that the patentee receives one reward – of whatever it deems to be satisfactory compensation – for every item that passes outside the scope of its patent monopoly."

The Electronic Frontier Foundation, one of several advocacy groups that opposed Lexmark's claims, welcomed the ruling. "Overall, the decision reinforces the freedoms of device owners and fends off the monopolistic threat of patent rights eliminating fair, essential competition in markets for repair and third-party innovation," the EFF said in a statement.

In a phone interview with The Register, Brian J Love, assistant professor of law and co-director of the High Tech Law Institute at Santa Clara University in California, said the ruling isn't much of a surprise. "The writing was on the wall when the Supreme Court issued its opinion in the Kirtsaeng case," he said.

Kirtsaeng v John Wiley & Sons, Inc (2013) presented the Supreme Court with a similar issue under copyright law: whether a publisher could enforce its copyrights to prevent books purchased abroad from being resold in the US.

In that case, the court decided that the first sale doctrine – copyright law's equivalent of patent exhaustion – applies to textbooks, even when bought lawfully outside the US.

"Given that the Supreme Court ruled that way in the context of copyright, it seemed quite likely that when the right case came along, they could harmonize copyright law and patent law," said Love.

Love said that since the mid-2000s, when the Supreme Court began paying more attention to patent cases, its patent-related rulings have pushed back on the Federal Circuit's general inclination to favor patent rights and patent owners.

In an email, Michael Bennett, associate research professor at Arizona State University's School for the Future of Innovation in Society, remarked that with diminished legal protection, patent holders may turn to technological methods to combat resale.

"In the future we should expect to see more patented products effectively dissolving after a fixed period of use," said Bennett. "Relatedly, re-sellers will likely find themselves in technological arms races with patent holders. The first will work to crack the technological fix (ie, refill the cartridge), while the second chases better ways to use design to thwart re-sales (self-destructing cartridges)." ®