Your job might be automated within 120 years, AI experts reckon

Even AI researcher jobs at risk by the year 2105 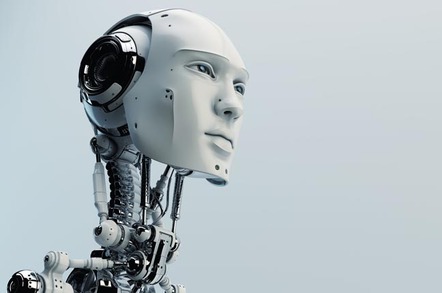 Hundreds of AI researchers have taken a glimpse into their crystal balls to try to determine when machines will finally exceed human capabilities.

A survey run by the Future of Humanity Institute, a research center that studies existential risks at the University of Oxford in the UK and Yale University in the US, asked 352 machine learning researchers to predict how AI will progress.

“Researchers believe there is a 50 per cent chance of AI outperforming humans in all tasks in 45 years and of automating all human jobs in 120 years,” according to the results published on arXiv.

It’s a tricky question and opinions vary wildly. Elon Musk and Stephen Hawking have been vocal about humanity’s doom at AI takeover, whereas researchers like Andrew Ng, former chief scientist at Baidu, and Oren Etzioni, CEO of the Allen Institute for Artificial Intelligence, have a more conservative attitude.

The survey asks the question: “When will AI exceed human performance?” Respondents were to consider “high-level machine intelligence” (HLMI), which is defined as “when unaided machines can accomplish every task better and more cheaply than human workers,” when calculating their estimates.

Interestingly, respondents from Asia were more optimistic and expected HLMI in 30 years, compared to North Americans, who estimated it in 74 years.

Researchers thought that AI would reach HLMI in playing poker, Angry Birds or Starcraft within a decade, after considering advances in DeepMind’s AlphaGo and the poker bots DeepStack and Libratus.

But for more creative tasks it’ll take longer. It was predicted that machines will be able to write a high school essay by 2026, create a top 40 pop song by 2028, and write a New York Times Best Seller by 2049.

Using an average of Asian and North American respondents’ prediction numbers, jobs such as telephone banking operator, truck driver and retail salesperson were predicted to reach HLMI in about ten to 15 years, but for surgeons it would take another 36 years.

Even the job of an AI researcher may not be safe, as academics predict machines will be able to outperform them in about 88 years’ time.

Despite AI reaching HLMI, it’ll take a while longer to achieve full automation of tasks, because that would require the labor to be cheaper than their human counterparts.