Anger over Manchester attack may play a part 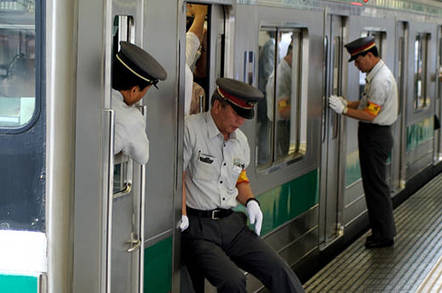 The UK government will push through orders next month to force all communications companies including Google and Facebook to break data encryption.

That's according to the Sun newspaper, which quotes a government minister as saying "we will do this as soon as we can after the election, as long as we get back in. The level of threat clearly proves there is no more time to waste now."

The same minister is also quoted as saying: "The social media companies have been laughing in our faces for too long."

The defiant response comes the day after the latest bombing atrocity in Manchester that saw 22 people killed outside a pop concert. Although there is currently no reason to believe that unencrypted data would have made a difference in that incident, the issue has become a touch point for law enforcement and government officials, particularly in the face of defiant tech companies based in the United States.

After the other recent attack in Westminster, Home Secretary Amber Rudd said it was "completely unacceptable" that the authorities were unable to look at the encrypted WhatsApp messages of the attacker Khalid Masood, arguing that there should be "no place for terrorists to hide."

The requirement for companies to remove "electronic protection applied to ... any communications or data" was written into the Investigatory Powers Act last year, but it requires the formal approval of a "technical capacity notice" by both houses of Parliament before it takes effect.

Earlier this month, a draft version of that notice was leaked after it had been supplied in secret to telecoms companies on a short four-week comment period. No mention of the paper was made on the Home Office website or on the Gov.uk consultation website.

That draft includes the anti-encryption wording as well as the insistence that communications companies in the UK provide real-time access to the full content of any named individuals.

It was suspected that the government intended to rush the paper past Parliament in order to get it enacted, but widespread public debate over the matter made that approach increasing untenable.

Unfortunately the tragedy in Manchester may yet provide the means by which the government can force the issue into law. Despite widespread anger and frustration with the Conservative government over its approach to Brexit, as well as a raft of unpopular measures included in its manifesto, the party is still expected to win a majority in the House of Commons and so be in a position to push the anti-encryption laws forward.

There is significant opposition to the idea of breaking encryption, however, from technologists, some in law enforcement, and within the government itself.

Even if the rules do pass, there is still the not-insignificant issue that some of the most frequently used comms services are based in the United States and have made it plain that they are opposed to putting backdoors into their products.

Although Europe is producing legislation that will fine Facebook, Google, Twitter and others if they do not remove illegal content from their services in a specified timeframe, it has been careful not to push the encryption issue.

In March, the European Commission insisted it had been misunderstood when it said it would pass new laws to access data stored in the cloud. It was not asking for encryption backdoors, a spokesperson insisted, but wouldn't clarify how that would occur if the data was itself encrypted.

And despite Amber Rudd's public demands that the UK government be given access to encrypted data when a meeting was held between herself and social media giants, the issue was not broached.

As such, it's not clear whether the rules breaking encryption will get past the comms companies and then past Parliament. But clearly some who agree with the proposal see the Manchester atrocity as an argument in their favour. And one of them spoke to the Sun. ®