Dial-a-ride d-baggery claimed on passenger side too 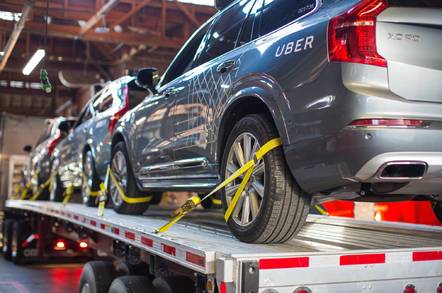 Uber's New York woes are piling up, as the dial-a-ride service has now been sued by riders who believe they were being overcharged.

A class action suit filed in the New York US District Court claims the UberX service has been charging users a higher-than-advertised price for rides.

The suit, led by named plaintiff Jacqueline Gayed, alleges Uber gives riders a higher fare than what they actually charge to customer accounts when the ride is completed.

"Uber's Upfront Pricing model calculates the rider's total fare before an Uber driver begins to provide transportation services to the rider. At all relevant times, Uber represented to both the Uber X rider and the Uber X driver that the amount identified in the Upfront Pricing was the 'actual fare' and that amount was determined based upon Uber's standard algorithm for base fare plus a per-mile and per-minute charge for the estimated distance and time of travel within the Uber territory," the suit claims.

"Uber knew, and failed to disclose, that the Upfront Pricing model was causing the Uber X rider to be over charged when compared with the actual fare incurred by the Uber X driver for the same ride."

The complaint goes on to suggest that, after giving the user a fare based on a longer route, the Uber app then gives the drivers a shorter, cheaper route in order to maximize profits.

"Similarly, Uber's representations about the 'actual fare' charged to the Uber X customer by the Upfront Pricing model were materially false and misleading because the 'actual fare' incurred by the Uber X driver for the same ride is, on average, $1.98 less than the fare Uber charges the Uber X rider."

The complaint estimates that these shenanigans have netted Uber up to $7.43m per month in overages.

If this sounds familiar, it's because just days ago, Uber drivers in New York made a similar claim that they were getting underpaid because fare estimates were not accounting for taxes and fees.

This charge similarly accuses Uber of using fuzzy math to present its customers and employees one fee, and then factoring in other charges when taking its own cut. ®