Three Nigerians sentenced to 235 years in prison for online scamming 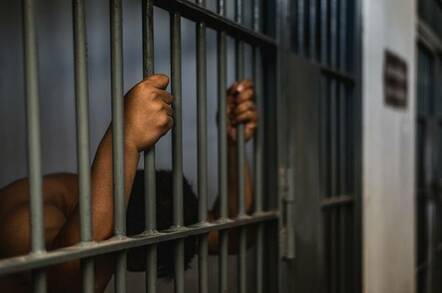 A court in Mississippi has sentenced three Nigerian men to 235 years in prison for running online scams that duped people out of tens of millions of dollars.

Ayelotan and Raheem were also found guilty of conspiracies to commit bank fraud and money laundering, which explains their longer sentences. The three were part of a 21-person case bought by US authorities against an accused gang based in Nigeria and the US. Twelve of them have already pleaded guilty.

Based on their testimony, the gang has been operating since 2001 and ran a variety of schemes, including so-called romance scams where the lonely and credulous are persuaded to shell out for plane tickets and medical costs to meet a sweetheart who never shows up.

Such rackets are depressingly successful. Last year a British bean counter was cheated out of $150,000 in just such a romance scam and a British woman lost $1.6m over a ten-month period.

The gang would also use these clueless romantics to shift money from other rackets via Western Union and MoneyGram, or to resend goods bought with stolen credit and debit cards to countries where they could be sold for a profit.

The group was arrested by South African police in a joint operation with US Immigration and Customs Enforcement's Homeland Security Investigations and the US Postal Inspection Service. More arrests are possible, but they are unlikely to put a dent in the situation for long.

According to the International Police Organization (Interpol), West African scammers pulled in over $3bn in online rackets over the past three years. The international police force said the reason the area is such a hive of online criminality is because of low employment prospects in the region for computer specialists. ®