Chipzilla says USB standard will be open to the world 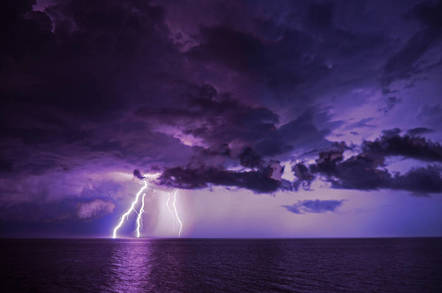 Intel is pushing its Thunderbolt 3.0 USB port as the defacto input mode for future PCs.

Chipzilla announced on Wednesday that it will be throwing its weight behind an effort to make the next-gen port standard the biggest thing since USB. Possible applications include solid-state hard drives and 4K video cameras.

"Intel's vision for Thunderbolt was not just to make a faster computer port, but a simpler and more versatile port available to everyone. We envision a future where high-performance single-cable docks, stunning photos and 4K video, lifelike VR, and faster-than-ever storage are commonplace," wrote Intel Client Computing group VP Chris Walker.

"A world where one USB-C connector does it all – today, and for many years to come."

To help spread the gospel of Thunderbolt, Intel says it will be opening up the standard as a royalty-free, non-exclusive license. This will allow motherboard makers to solder the ports into their boards without licensing worries, and as Intel hopes, make Thunderbolt ports a permanent feature on PC builds.

Thunderbolt is already a feature on Apple machines, but as past history shows, Cupertino doesn't always set the trend for connectivity (see: FireWire). Instead, Intel is looking to employ the likes of Microsoft to help make Thunderbolt USB-3 ports a thing.

"Microsoft and Intel are working together to enable Thunderbolt 3 on Windows PCs to deliver on the 'if it fits, it works' potential of USB-C," said Microsoft Windows and Devices strategy and ecosystem general manager Roanne Sones.

Intel has long pitched Thunderbolt as the plug of the future. Going back to 2015, Chipzilla floated the standard for high-speed data transfers.

With the platform now a royalty-free standard, Intel hopes peripheral makers will be more likely to build compatibility into their devices with the guarantee of support from Microsoft. ®