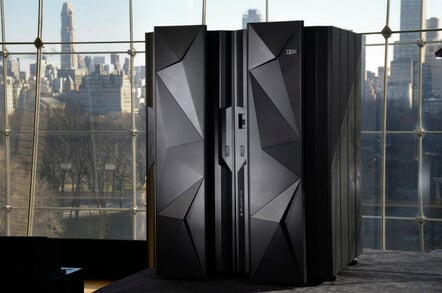 Hitachi has stopped building its own mainframes but will supply IBM z Systems loaded with Hitachi VOS3 operating system software.

Hitachi has been in the mainframe business for 50 years and currently its AP series of systems are sold to major organisations across Japan.

Hitachi will look to integrate its new mainframe with its Lumada Internet of Things offerings.

Ross Mauri, general manager for IBM z Systems, said in a canned quote: "Our agreement with Hitachi allows companies to continue using the Hitachi operating system and software that's central to their business while taking advantage of the speed, scale and security delivered by the latest IBM z Systems hardware technology. Hitachi and IBM will continue working together to evolve the technology to provide clients with new digital solutions to transform their own businesses."

Takeo Ishii, Hitachi's president of IoT and the Cloud Services Business Division, issued a kind of farewell statement: "Hitachi has, for over 50 years, delivered its proprietary mainframe system offerings to various corporations and organisations as part of their mission-critical systems and has supported our customers' stable operations and materialisation of innovations with a high standard of reliability."

Back in 2016 there were rumours Hitachi was going to buy Big Blue's mainframe division; oh, the (big) irony. ®