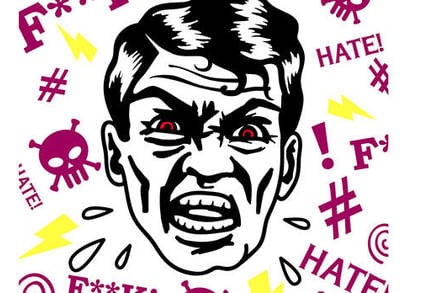 European Union ministers have approved new rules for video that will oblige Facebook, Google, Twitter and others to remove hate speech and sexually explicit videos online or face stiff fines.

"We need to take into account new ways of watching videos, and find the right balance to encourage innovative services, promote European films, protect children and tackle hate speech in a better way," said vice president for the digital single market Andrus Ansip in a statement.

The new rules are not yet public and their ministerial approval is just the first step in a series of negotiations that will have to take place between the European Parliament, Council and Commission before they become law. But it is a significant step forward and means that new laws covering online video will likely be in place this year.

The aim is to impose a single, common set of rules covering video across the EU – in place of the patchwork of national laws currently in place – as well as bring audio-visual laws up to date with the internet era.

In recent months, however, the process has become more controversial as politicians decided to address the impact of social media, particularly in light of recent terrorist attacks and the rise of far-right political groups.

Back in March, the European Commission threatened fines against Facebook, Twitter, Google and other social networks unless they overhaul their terms and conditions to pull out legal escape clauses.

That followed legislation proposed by the German government that would also fine the online giants up to €50m ($53m) for failing to remove slanderous fake news and hate speech within 24 hours.

And most recently, senior politicians in the UK proposed effectively the same as Germany – fines for internet companies that fail to remove content such as terrorist or extremist videos, neo-Nazi propaganda, and material that promotes child sexual abuse – within a certain timeframe.

The new rules will cover online video but not streaming video – a topic that also recently become controversial due to a number of suicides and murders live-filmed using smart phones.

As well as covering hate speech, the rules will impose local-content laws on video services such as Netflix and Amazon Prime Video. The original 20 per cent local content requirement will reportedly be raised to 30 per cent in the new rules.

In theory, this will create new opportunities for European filmmakers in non-English languages. In reality, it will likely mean Netflix being legally obliged to carry millions of hours of pretentious nonsense. ®