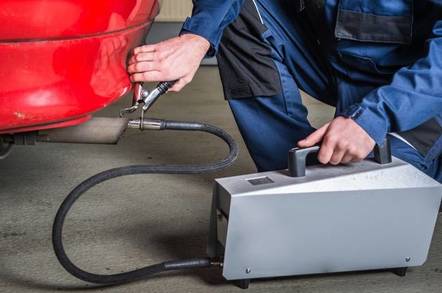 Fiat-Chrysler, accused of the same kind of software defeat as landed Volkswagen in hot water, is now the subject of a Department of Justice lawsuit.

The case, brought by the DoJ on behalf of America's Environmental Protection Agency, points to vehicles around 104,000 "light duty vehicles" using the company's three-litre EcoDiesel engines.

Like Volkswagen, the complaint against Fiat-Chrysler says there were “software functions that were not disclosed to regulators”, and that amounts to defeat devices designed to get around emissions tests: “the undisclosed software functions cause the vehicles’ emission control systems to perform differently, and less effectively, during certain normal driving conditions than on federal emission tests, resulting in increased emissions of harmful air pollutants”.

The EPA first issued its notice of violation to Fiat-Chrysler in January 2017, based on the same grounds that sunk a VW boss: in normal use, the Rams and Cherokees emit oxides of nitrogen (NOx) much higher than allowable.

Back in January, when the EPA first accused Fiat-Chrysler of using cheatware, the company angrily denied the accusation, and there was a brief war of words between Italy and Germany.

VW entered its guilty plea in America in March. ®

Jeep hackers: How we swerved past Chrysler's car security patches

Black Hat Clue: It involves physically breaking into a ride this time