IoT standards? We've got 'em. And if you don't like those, we got more

Cities sick of being used as techies' sandboxes 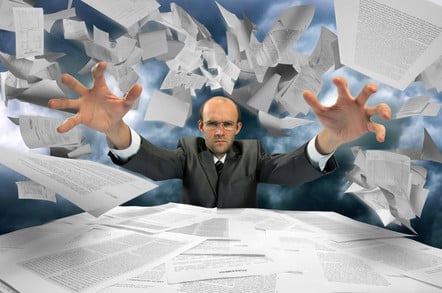 Cities are tired of being the "guinea pigs" caught in the middle of the Internet of Things' ongoing standards bunfight, London's LPWA conference was told this morning.

"They want to see something that actually works. So far, they haven't seen much," shrugged Silver Spring Networks' Itai Dadon during a panel discussion about IoT standards.

Others reckoned that the wider world of IoT standards would eventually sort itself out. Svetlana Grant of the GSMA international trade association added: "We are waiting to see what use cases [evolving current standards] are targeted at. Potentially I think the market will tell us and the market will guide us through that.

"We have not only diversification for standards for the network but how specifications are written and what kind of APIs are going to be used on the edge or in the cloud, for example. There's such a variety of choices that I can't help but feel sorry for developers on how much confusion there is out there."

The overriding theme of Tuesday's discussions was not only the fragmentation of standards but the prevailing "wait and see" attitude as both telcos and wider industry sit around hedging their bets, wondering which of the plethora of licensed and unlicensed spectrum IoT connectivity standards will reign supreme. When challenged to describe what the IoT standards world will look like in five years, even the panel considering that very question demurred, saying it was too hard to tell.

A mildly irritated Ronan Le Bras, mobile IoT project leader at Orange, chipped in from the floor: "We should avoid this risk of a technology war and fragmentation. Customers are not asking the same thing; different verticals are not asking for the same requirement... it's really where the key needs are that will drive standardisation and solutions."

Meanwhile, Jens Olejak of Deutsche Telekom confirmed that the German telco is planning a commercial deployment of the Narrowband Internet of Things (NB-IoT) standard in the second half of this year in both Germany and the Netherlands.

In response to a question from the floor, he said that NB-IoT does not support seamless base station handovers, instead noting that cell reselection would "take a few minutes". He added that NB-IoT wasn't really designed for continuous mobile tracking use cases; rather, it works best in that use case for picking up the presence of an item at specific points during its journey, such as the presence of a shipping container in a particular port.

The 3GPP working group will be publishing Release 14 of its spec next month. Bruno Hamamlian of Homerider Systems said that on the IoT front this was expected to include a spec for "modes of energy saving which will be compatible with 15 years of [device] life".