The eternal battle for OpenStack's soul will conclude in three years. Again

Beyond cars, toasters and American Gods 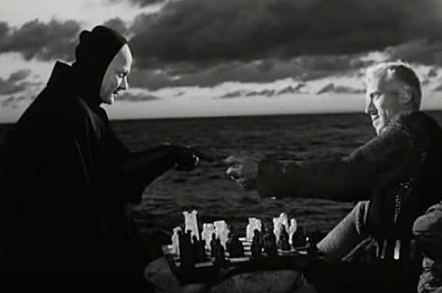 Comment After six years as a formal project, OpenStack has survived numerous raids and famines and now finds itself in a not-too-weird space of being boring, on-premises infrastructure. That is, “boring” in the good way of focusing on what users want and fixing existing problems, only chasing shiny objects – cough, PaaS, cough, containers, cough, orchestration – as much as needed.

Aside from a few exotic use cases like telco buildouts, the life for OpenStack is now tightly connected with private cloud use. While OpenStack spent much of it’s youth going after public cloud, that market has been won by Amazon, Microsoft, and Google, each of which has thrown up multi-billion dollar barriers to entry for anyone wanting to compete. Emblematic of this, Rackspace seems to have given up on their so-called “OpenStack-powered open clouds are the only clouds worth having” strategy.

The collective thought-lords and their followers have been – and still are! – gunning for public cloud dominance, but private cloud seems here to stay for several more years. While most every company has made forays into public cloud, since 2014, around 65 per cent of IT has remained on-premises, the Uptime Institute recently said. This is the fertile ground that OpenStack now plays in.

Indeed, when you look at the annual OpenStack surveys, more than 70 per cent of respondents are using OpenStack for private cloud. That figure has stayed above 60 per cent since 2015. If you throw in “off-premises private cloud”, you get figures that are approaching the Pareto majority, 80 per cent:

What’s this footprint look like, though? For a slightly conservative idea, a lengthy Gartner report on building out OpenStack clouds estimated that “the number of production OpenStack deployments worldwide in 2016 is of the order of several hundred - not thousands or tens of thousands.” To me “several hundred” reads as something in the 300 to 499 range: you’d say “more than 500” otherwise, and 200 is more like “a couple,” last I checked.

...if you’re into that kind of thing

But does it make sense to build your own, private cloud? As one executive at a large, regulated enterprise reasoned with me recently: if you have hyper-scale needs there’s a chance that private cloud might be cheaper than public. Figuring out those cost comparisons is a black art, though.

With public vs. private cloud costs, it’s hard to account for the optionality of future price drops, likely better security and middleware, and the overall benefits of scale when it comes to innovation, costs, and operations excellence that public cloud can provide.

Nonetheless, the analysis persists: 451 Research says that breakpoint is somewhere around 400 VMs per operations engineer. They also have a really boss chart that uses a sort of “after-hours” version of those sizzling, Spring Breakers-inspired color palettes that are all the rage in the football boot community nowadays.

If you find yourself wanting to build private cloud, my executive friend went on, it’s certainly possible to hire a team to spin up OpenStack. Vendors like Mirantis, SUSE, Canonical, Red Hat, and even VMware are happy to help.

Being relegated to private cloud is far from a death sentence. Last April, the cloud team over at 451 Research slit open the dove bellies and prophesied that, by 2020, OpenStack’s market would grow to $5.7bn, annually. That’s up from $1.2bn in 2015. Of course, for context, just last quarter Amazon alone made a profit of $890m from its public cloud. That’s around $3.5bn a year, for those who don’t fancy a little light multiplication, which will likely grow at double digits. (What’s that? Yes, you there? Yup, you heard me right: “billion,” with a big ol’ “B.”)

There’s a smaller pool of vendors sharing that TAM-pie. While large players have come and gone on the OpenStack scene, there’s a set of determined vendors who always seem to have their teeth clamped down on the dream. Canonical recently shut-down and laid off staff in its more UI-focused lines of business to focus on cloud, saying its cloud business was “making ‘tens of millions’ in revenue and growing at ‘tens of per cent’.” Each quarter, Red Hat does similar fist-pumps on the con-call.

How ’bout them telcos, tho?

Looking beyond enterprise private cloud, it’s clear that telcos are running with OpenStack with their grizzled glee. As more devices get online (you know, cars and toasters - queue the Mary Meeker slides) the networks will be in even sorer need of upgrades. Plus, there’s loads more American Gods seasons to shove through the tubes, we can only hope. Of course the telcos know all this, and many of them are looking to OpenStack as the toolkit to build out their core network stacks from AT&T to Verizon, and telco suppliers like Huawei.

The OpenStack community is now mentally masticating over what all this container orchestration means, in particular Kubernetes, in general and at this month's summit in Boston. Sluicing out the actionable nuggets from any discussion of the evolving container stack can seem a bit like trying to explain the finer points of a club sandwich to Azathoth, but there’s something there. In the OpenStack surveys, containers have been the top emerging technology of interest four years running – in 2017 by a huge margin. Vendors like Red Hat and Mirantis certainly see good business in making their own Dagwoods.

For as long as I’ve followed OpenStack, there’s been a tension between being pure IaaS and moving “up the stack,” paying more attention to supporting developers, PaaS, if you will. Whatever you make of all this container-hype, it’s pushing OpenStack into yet another existential quandary: should OpenStack focus on the lower, IaaS levels, or fly closer to the developers? Several years ago, the answer would have predictably been IaaS, but much has changed in the OpenStack community of late: several large, infrastructure-hugging vendors have peeled off or consolidated and enterprises are finally putting money behind “going digital.”

The window to comfortably choose is closing, if spookily slowly.

Despite astounding numbers around on-premises cloud use, like my executive friend above, very few IT executives at large organizations tell me they want to run private clouds. There’s a good three or so years of those IT overlords scurrying about trying to build their new stacks, after which time the racks will be locked-up for another 10 or so years before the next freak-out. ®