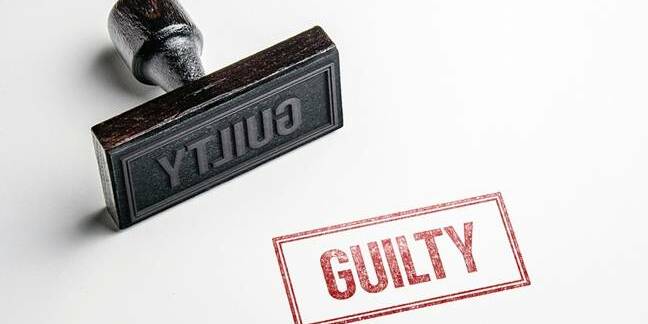 A Chinese national accused of stealing source code to a clustered file system and other intellectual property from an officially-unnamed American company has entered a guilty plea.

The US Department of Justice has never identified Xu Jiaqiang's employer at the time he was accused of “economic espionage and theft of a trade secret”, but based on this LinkedIn profile in which an individual that share's Xu's name says he worked on the General Parallel File System while at IBM, Big Blue looks a likely candidate for what the DoJ insists on calling “the victim company”. The DoJ says Xu pulled the heist to China's National Health and Family Planning Commission.

While trying to find a buyer for his code trove, Xu gave code samples to a FBI agents.

The DoJ announcement explains that one FBI agent presented himself as an investor interested in launching a data storage company, while the second agent claimed to be a project manager working with the first.

After providing the code samples, the DoJ says Xu met with the agents at a White Plains hotel. During that meeting he said he could write scripts to conceal the code's origin, and that he could also modify the software's command line interface with the same objective.

Xu was first arrested in December 2015 and in June 2016 the indictment was expanded to add new charges.

The DoJ now says he's entered a guilty plea to all six counts in the June 2016 indictment.