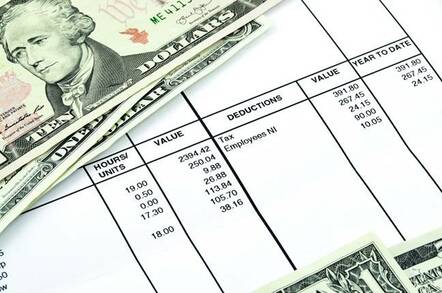 An experienced CISO told El Reg that only his counterparts in merchant banks could hope for such a salary. "Outside of investment banking I think total packages of £200k with many/most around the £100-150k mark," he said.

City AM quotes salary figures sourced from global executive search firm DHR International. The increasing prevalence – and profile – of cyber attacks is fuelling demand for experts on boards, according to security vendors.

Cindy Provin, chief strategy officer at Thales e-Security, said: "It's no surprise to see the financial value that top European firms now place on the role of CISOs, particularly given that the GDPR will be coming into effect a year from now.

"More importantly, however, these figures are evidence that the startling rise of cyber attacks year-on-year has caused boardrooms to recognise the dangers of hacking for companies' bottom lines, reputation, customer retention and employee confidence."

Gordon Morrison, director of government relations at McAfee, said: "It is unsurprising that a growing number of companies are now looking to invest in cyber expertise. Last month, the government's Cyber Security Breaches Survey 2017 indicated that three-quarters of UK businesses state that cybersecurity is a high priority for their senior management. However, as the price for cyber skills increases, many companies will be priced out of the top talent." ®

It's the number one problem, according to analyst

Redmond to throw cash at the problem, hopes some might stick to affordable homes