And finally, monsieur, a wafer-thin hologram ... Sir, it is only wafer thin 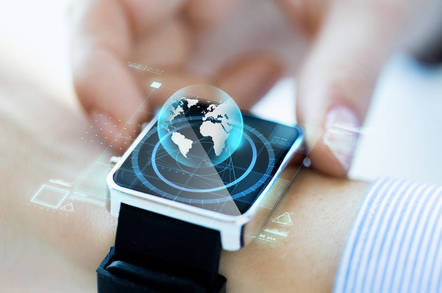 Note: This is a fake image of a hologram

A group of scientists has developed the “world’s thinnest hologram” – a thousand times thinner than a human hair, they claim.

Holograms are three-dimensional images created by the interactions of laser lights, and appear to have more depth than images formed from lenses.

The dream is that one day, flat images from screens will be upgraded to realistic 3D projections like the virtual screens seen in sci-fi. Shrinking holograms is a necessary step to applying the technology to smaller devices such as mobile phones.

Min Gu, lead author of the study and professor at the research innovation and entrepreneurship department of the Royal Melbourne Institute of Technology (RMIT), Australia, said: “Integrating holography into everyday electronics would make screen size irrelevant – a pop-up 3D hologram can display a wealth of data that doesn’t neatly fit on a phone or watch.”

But “conventional computer-generated holograms are too big for electronic devices.”

A paper published in Nature Communications by a team of physicists from RMIT, Australia, and the Beijing Institute of Technology (BIT), China, describes how a thin film of antimony telluride (Sb2Te3) can reduce the size of holograms.

It’s described as a nano-hologram and measures 60 nanometres. The researchers found that the grainy, repetitive surface structure of antimony and tellurium atoms led to unequal refractive indices and acted as optical resonant cavities.

An optical resonant cavity allows the light from laser beams to bounce around and reflect many times to create waves that are in different phases. The shifted positions of the light are more likely to create the illusion of depth seen in holographic imaging.

The next stage is to create a rigid film that can be laid onto an LCD screen to project a 3D holographic display, said Zengji Yue and Gaolei Xue, co-authors of the paper and researchers at BIT. It’ll involve shrinking the hologram down even further – at least 10 times smaller.

“From medical diagnostics to education, data storage, defense and cyber security, 3D holography has the potential to transform a range of industries and this research brings that revolution one critical step closer,” Gu said. ®

Boffins attempt to prove the universe is just a hologram

Is this the real life? Is this just fantasy?

One step closer to astromech droids?