Kill Google AMP before it kills the web 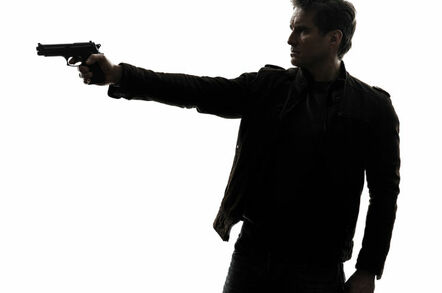 Quite a few high-profile web developers have this year weighted in with criticism and some, following a Google conference dedicated to AMP, have cautioned users about diving in with both feet.

It's time for developers to wake up and, as Jason Scott once said of Facebook, stop: "Shoveling down the sh*t sherbet" Google is now serving with AMP.

Announced in 2015, duly open sourced and integrated into Google’s mobile search, Google has pitched AMP as a way to speed the mobile web. It employs something the ads slinger calls AMP HTML that the firm describes as a “new open framework built entirely out of existing web technologies.”

What it is, is a way for Google to obfuscate your website, usurp your content and remove any lingering notions of personal credibility from the web.

If that appeals to you, here's what you need to do. First, get rid of all your HTML and render your content in a subset of HTML that Google has approved along with a few tags it invented. Because what do those pesky standards boards know? Trust Google, it knows what it's doing. And if you don't, consider yourself not part of the future of search results.

Why a subset of HTML you ask? Well, mostly because web developers suck at their jobs and have loaded the web with a ton of JavaScript no one wants. Can't fault Google for wanting to change that. That part I can support. The less JavaScript the better.

So far AMP actually sounds appealing. Except that, hilariously, to create an AMP page you have to load a, wait for it, yes a JavaScript file from Google. Pinboard founder Maciej Cegłowski already recreated the Google AMP demo page without the Google AMP JavaScript and, unsurprisingly, it's faster than Google's version.

So it's not really about speed. As with anything that eschews standards for its own modified version thereof, it's about lock-in. Tons of pages in Google AMP markup mean tons of pages that are optimized specifically for Google and indexed primarily by Google and shown primarily to Google users. It's Google's attempt to match Facebook's platform. And yes, Facebook is far worse than AMP, but that doesn't make Google AMP a good idea. At least Facebook doesn't try to pretend like it's open.

The second thing you need to do is get rid of all your analytics data. Instead, you can peek at a small subset of the data Google gathers. That's the AMP analytics deal in a nutshell.

Why would anyone want to strip out their own analytics, homegrown features like interactive maps or photo galleries and create pages that won't even be shown with their own URL or branding? To get in Google's top stories carousel of course. All the cool publications are doing it.

And that’s a problem.

Anybody can cram an illegitimate idea into a web page and – so long as it's encoded as AMP content – it'll look like it's from a legit new organization endorsed by Google. Because everything in AMP looks the same. Content shown in Google's AMP view is stripped of all branding as if the content were from a legitimate news agency. There's a not so subtle message behind this lack of branding: it's that the source of information doesn't matter so long as Google got you there.

So, liberal and left-leaning newspaper The Guardian, one of Google AMP’s early adopters, gets to share space with Russian propagandists, as Andrew Betts of Fastly recently pointed out. Betts found content from Russia Today, an organisation 100 per cent funded by the Russian government and classified as propaganda by the Columbia Journalism Review.

Google AMP, by its design, disassociates content from its creator. Google does not and never has cared about creators, all it wants is content, the more the better to churn through its algorithms, surround with advertising and serve up to the world.

Perhaps this is all too hyperbolic for you. Here's the facts though: Google AMP is a Google project designed such that you must restrict your layout options, forgo sending visitors to your website and accept whatever analytics data Google is willing to share. If that sounds like a good deal to you, email me using the link at the top of the page, I can get you a killer deal on a bridge.

All the Google AMP cheerleaders I've been able to find are all Google employees who either created the project or are paid to promote it, which ought to tell you something right out of the box. And that Google AMP conference? Yeah that was all Google. As far as I can tell, using Google's own AMP promotional pages and some experimental searching as a guide, the only people actually using AMP are publishers so desperate to find a new way to make money they'd try anything.

The rest of us though can change this. The rest of us collectively have the power to reject the AMP deal. To say “no” to Google. Because here's the thing, it's true that AMP content gets high priority in Google's carousel, but it's equally true that if there is no content in AMP there will be nothing to prioritize. It might seem like Google is the 800 pound gorilla here, but it only seems that way.

As I've said before the power of the web lies in its decentralization, it lies with its edge nodes – that is, with you and me. If we reject AMP, AMP dies.