We read the manifesto so you don’t have to… 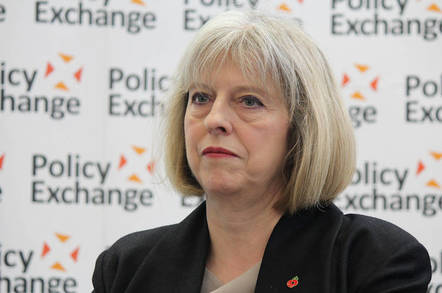 The Conservatives have pledged to introduce a digital charter in the party's manifesto today, which also rehashes a number of familiar-sounding ideas about “digital by default” government and backs the failing identity authentication platform Verify.

Under the section entitled “Prosperity and security in a digital age”, the manifesto called for a “digital charter” intended to tackle the challenge of regulating giant social media companies.

A Conservative government will also introduce a "right to be forgotten" and ensure people can control their own data “including the ability to require major social media platforms to delete information held about them at the age of 18” and an "expectation that personal data held should be stored in a secure way.”

Greater regulation of content providers and social media companies is also on the menu, with a new regulatory framework to include a sanctions regime including fines and prosecutions for companies which fail to follow the law. Regulators will have the power to remove material which breaches UK law.

We will also create a power in law for government to introduce an industry-wide levy from social media companies and communication service providers to support awareness and preventative activity to counter internet harms, just as is already the case with the gambling industry.

In what sounds like a familiar line from the Coalition’s IT policy, it said it will “create a new presumption of digital government services by default” and “an expectation that all government services are fully accessible online, with assisted digital support available for all public sector websites.”

By 2020 people will be able to identify themselves on all government online services via the Verify ID portal. It hopes to make the platform more widely available, so that people can safely verify their identify to access non-government services such as banking.”

But as regular readers will know, the service has been a flop since its inception more than five years ago.

In March, the National Audit Office said that the Government Digital Service has “lost focus on the longer term strategic case for the [Verify] programme”. One high-profile example of departments shunning the programme is that of HMRC choosing to to develop its alternative to Verify for self-assessment tax users.

Elsewhere the manifesto promised to publish operational performance data for all public-facing services in open formats “as a matter of course”. Local government will also be expected to publish data in open formats, anonymised and aggregated where necessary.

Ominously it will also create digital transformation fellowships “so that hundreds of leaders from the world of tech can come into government to help deliver better public services.”

In another section with the crosshead “Digital land”, it proposes a merger of “the relevant parts of HM Land Registry, Ordnance Survey, the Valuation Office Agency, the Hydrographic Office and Geological Survey to create a comprehensive geospatial data body within government...” It is hoped this will digitise the planning process and create a comprehensive digital map of the UK.

The potential dangers of the internet will be included in compulsory Relationships and Sex Education classes in primary and secondary schools.

Should the Conservatives win the election, they will create a Data Use and Ethics Commission to advise regulators.

This group will also provide guidance for a new Data Protection Act.

The Tories promise to reduce duplication personal data held by government in order to follow the “Once-Only” principle for central services by 2022 and wider public services by 2025.

The manifesto also cancels the second part of the Leveson enquiry into phone hacking by the media. ®