The 17:21 to Happy Town is going in and out and is aaah-aah-bout to finish its journey 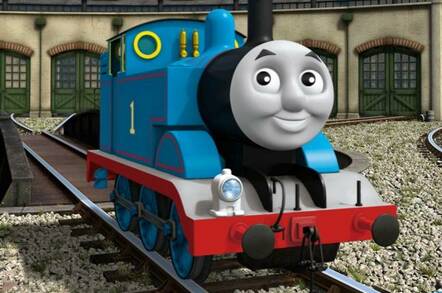 Now we know why Thomas is always smiling

Commuters at Washington DC's Union Station were left unsure if they were coming or going on Monday, when streamed smut started to appear on digital signs during peak hour. And it appears there's a rash of such incidents taking place around the world.

The Washington Post tells us that several other commuters had their eyeballs assaulted and that the station's operators believe parties unknown may have penetrated the security of its digital signage systems.

Problems like this seem to be popping up around the world: we've also learned of an incident in India in which poorly-secured WiFi made it possible for a commuter to beam the stuff onto nearby screens. Two staff in El Reg's San Francisco office also swear they've heard of a recent similar incident in Italy, but your correspondent was unable to confirm that and rather stained his Google search history in the process.

Rest assured, The Register will do its very best to get to the bottom of this story. ®