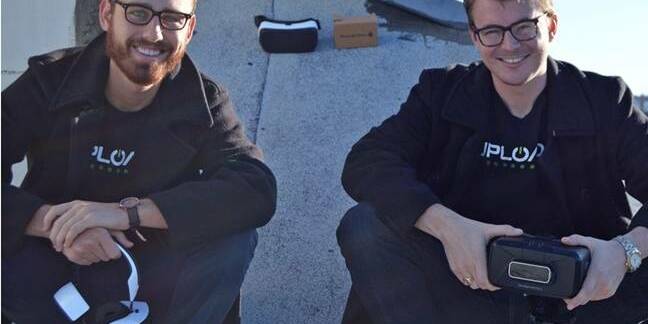 The lawsuit [PDF], filed last week in the San Francisco Superior Court, was brought by its former director of digital and social media. She claims the company had a toxic environment in which the management and staff encouraged marijuana use and microdosing with LSD, told lurid tales of sexual experiences, harassed female staff, and had a "kink room" where staff members could go and have sex during the day.

The director was hired on May 4 last year and claimed that after joining, she found that the cofounders, Taylor Freeman and Will Mason, had set up the firm as a "boys club" and would spend time during the day discussing their sexual exploits.

Freeman is alleged to have told the plaintiff that she wasn't his type sexually, and wouldn't be featured in marketing materials as she was "too big." Another employee would boast about having slept with over 1,000 women and never wearing condoms, while others would make openly sexual (and, if true, frankly creepy) comments about female staff members.

When the founders went on a fund raising trip to Asia they sent out emails looking for submissive female partners known as "Samurai girls," it is claimed. Another executive circulated details of a sexually transmitted disease he picked up on a trip to the Far East.

These sexual discussions got more explicit when UploadVR staff were on drugs, the plaintiff claims. She accuses the founders and staff of regularly smoking marijuana in the office and encouraging staff to microdose, a growing Silicon Valley practice of taking very small amounts of LSD which – it is claimed – increases creativity.

The UploadVR offices also have a "kink room," the lawsuit alleges, which consisted of a room containing a bed, in which staff "were encouraged" to have sex. She claims that underwear and condom wrappers littered the room.

These sexual shenanigans also occurred at mandatory company parties and the Plaintiff claims that at an event in San Jose, Freeman made her move rooms so he could have sex in private, an action mirrored by the other cofounder at a similar event in Los Angeles.

Sex and drugs aside, the plaintiff also claims that the firm is institutionally sexist. Men were greeted at the door by management, whereas women weren't, and men were given the pick of new equipment, she said, and women were given menial work like cleaning up after parties.

Wages were also different for men and women doing the same job, the lawsuit states. The plaintiff complained that when she was hired it was on a reduced salary, on the understanding that once the company got more funding she would get a pay raise, which never happened.

In January of this year, Tal Blevins joined the UploadVR team as editor-in-chief, and the plaintiff's supervisor. She says she complained to him, but was fired shortly after their last meeting. Company members slandered her to other VR firms, making employment in the sector difficult.

UploadVR hasn't responded to a request for comment on the matter. ®

UploadVR has sent in the following statement:

We cannot comment directly on any pending litigation. What we want to express is that our employees are our greatest asset and the sole reason for the success of this company.

We are committed to creating a positive community in VR/AR as well as within our company culture and will work to further develop that mission in the future. We are confident that the true nature of how we treat our employees and how we operate as leaders will shine through this unfortunate situation and confirm that these allegations are entirely without merit.