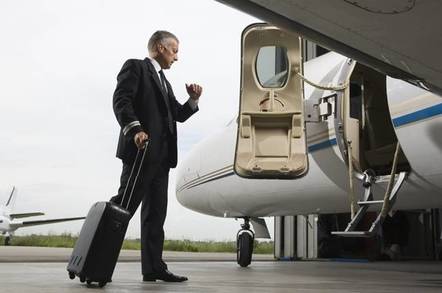 You get the feeling United's PR boss must be praying for death at this point, after his employer admitted to another serious cockup.

After settling the case of a doctor who had his teeth knocked out for refusing to be bumped from his flight, and with the current legal action over a giant rabbit that died in transit on one of its aircraft, it now appears that the airline accidentally leaked the codes to its cockpits online.

Since the September 11 attacks, air carriers massively beefed up the security of the doors into the pilots' cabin. Pilots had been asking for the changes for years, but it took a few thousand deaths for the airlines to get their acts together.

Now the doors to the cockpit have been greatly strengthened and access is strictly controlled by electronic pass codes. And now, yes, you guessed it.

"The information was inadvertently made public," United Airlines spokesperson Maddie King told NBC News on Saturday. "I can confirm it was not a breach. The safety of our customers and crew is our top priority and United utilizes a number of measures to keep our flight decks secure beyond door access information. In the interim, this protocol ensures our cockpits remain secure."

The interim procedure is that the identity of an entrant onto the cockpit has to be cleared by someone inside before the door is opened. That should be effective until United can get its door codes changed, provided the cabin crew follows the correct procedure.

"We are working to change the codes on all of our aircraft," said United spokeswoman Maddie King.

That's more likely now that United has come clean about its issues – the crew knows the importance of the interim procedure. But you wonder how many other airlines might have also had data "inadvertently made public." ®