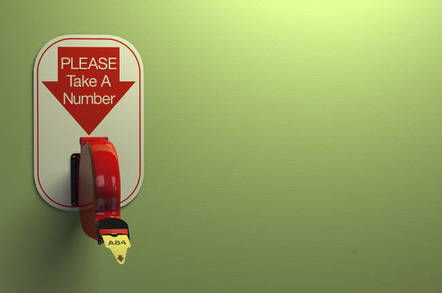 Add Intel and Samsung to the mix of companies siding against Qualcomm in its battle with US trade watchdog the FTC over alleged dodgy patent licensing.

The two tech giants filed amicus briefs with the Northern California District Court on Friday supporting the American regulator in its crackdown on Qualy, and urged Judge Lucy Koh to reject Qualcomm's motion to dismiss the probe. The FTC has sued Qualcomm in January alleging it illegally demanded its customers pay licensing fees for patented technology they did not actually use.

In their briefs, both Samsung [PDF] and Intel [PDF] say that they have seen first-hand how Qualcomm's alleged policies have harmed competition in the market by walling off competitors. Samsung and Intel are, by the way, fierce rivals with Qualcomm: the latter's Snapdragon line competes with Samsung's mobile and Intel's laptop chips, and its Centriq family is gunning for Intel's server sales.

"The FTC's allegations of anticompetitive conduct reflect the reality that Intel has experienced in the marketplace," said Chipzilla, whose LTE business also competes directly with Qualcomm in the wireless broadband market.

"Further proceedings in this case will shed much-needed light on Qualcomm's abusive practices and the harms those practices inflict on the competitive process and on consumers."

Among the accusations leveled at Qualcomm is misuse of standard-essential patents (SEPs). Normally, when patents are vital to a technology standard, the owner will agree to offer licensing to all comers (including potential competitors) under a fair, reasonable and non-discriminatory (FRAND) pricing policy.

According to Samsung, Qualcomm has not been holding up its FRAND obligations, instead telling hardware vendors they must agree to exclusivity deals in order to get licensing rights.

"Qualcomm has not upheld its end of the bargain: Despite declaring thousands of SEPs, Qualcomm altogether refuses to license SEPs to rival chipset manufacturers, instead licensing only handset manufacturers," Samsung writes.

"Qualcomm then leverages and solidifies this market power by charging a 'tax' to handset manufacturers that further cements its monopoly power by imposing terms that significantly diminish demand for competing chipsets. And because Qualcomm does not license competitors, handset manufacturers have no choice but to accept Qualcomm's onerous terms. In short, Qualcomm directly excludes competitors and harms competition."

Samsung and Intel join an increasingly impressive roster of companies who take issue with Qualcomm's patent dealings. Apple has charged that Qualcomm's unfair licensing terms led to it overpaying suppliers to the tune of $1bn. And the FTC legal challenge specifically accuses Qualcomm of screwing over Apple in chip tech licensing. ®