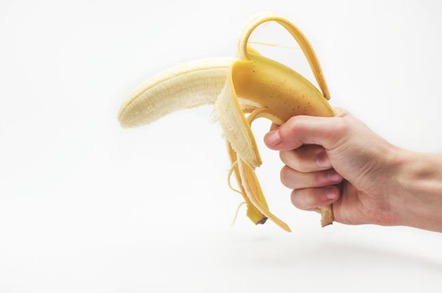 A grumble-flick studio will be blocked from lobbing copyright infringement claims at pirates until it proves its tools for identifying illegal downloaders work.

Judge William Alsup – of Google v Oracle fame – ordered this week that Malibu Media must show the court that its software can accurately finger users who have downloaded its adult films via BitTorrent. The code uses the MaxMind database to link IP addresses to physical locations, such homes and offices. The geoIP dataset is not known to be perfect.

Malibu, which insists it is not a copyright troll, had filed suit with Alsup's Northern California District Court against 57 John Doe defendants, who are accused of illegally downloading copies of Malibu's X-rated vids.

The lawsuits fall under the oft-criticized tactic of filing mass-infringement cases against individuals for illegally downloading adult films. Often, embarrassed targets of the claims will offer to pay a fee rather than proceed with the case in a public court – even if they would likely prevail.

Malibu, armed with the 57 IP addresses collected via the MaxMind IP tracing tool, presented the addresses to ISPs and soon dropped 35 of the claims without any explanation. This made Judge Alsup suspicious of the studio's motives and the strength of its claims.

"Malibu Media's voluntary dismissal without prejudice of groups of its cases is not a new pattern. A sizable portion of the cases from previous waves were terminated in the same way," Alsup writes in his order [PDF].

"The practice has just become more frequent, and it follows skepticism by the undersigned judge and others around the country about the accuracy of the MaxMind database."

Now, Alsup says that not only will he not allow the remaining cases to proceed, but he wants the company to show why it should even be allowed to file any claims at all with his court.

"Malibu Media is hereby ordered to show cause at that hearing, why the Court should not bar further Malibu Media cases in this district until the accuracy of the geolocation technology is fully vetted," Alsup declared.

Malibu Media has until May 16 to file its statement with the court. ®