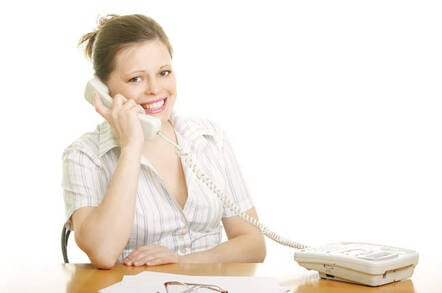 Amazon's voice-controlled assistant Alexa and its Echo devices now sport the ability to take your phone calls – so long as you don't ever plan on ignoring calls from anyone.

The Alexa Calling feature, announced by Amazon earlier this week, allows Amazon Echo devices and the Alexa app to place and accept phone calls to and from other contacts who have the device. The feature is touted as an easy way for Echo owners to make calls hands-free through the voice-controlled device.

Unfortunately, say Echo owners, the feature has one serious shortfall stemming from the way it collects and handles calls from others.

Elise Oras, a marketing and events manager from Raleigh, North Carolina, said that when she installed the Echo calling feature on the Alexa Calling app, the Amazon tool scanned and added all contacts from her phone who had Alexa Calling on their phones and Echo boxes, with no way to delete or block any of them.

"And each one now has a direct line into my home."

Oras said she tried to find a way to remove or delete contacts from the app, only to realize there was no such option. Amazon later told her as much in a support conversation.

@elise81 I'm sorry, there currently is not a way to block someone from contacting you. ^SB

Amazon told El Reg a solution is in the works. "The call block feature will be available in the coming weeks," a spokesperson said. "We know this is important to customers, and we're working on it."

Meanwhile, Oras said she has disabled the calling feature on her phone and Echo Dot, a process that requires calling Amazon support personally and requesting the feature be disabled.

"I imagine victims of domestic violence, kids that are being bullied, and other victims of violence or crime may have their abuser's number in their phone," Oras noted. "Not being able to block or delete the contact would open up another way for abuse to continue."

Chalk this up under the growing list of privacy concerns tied to Amazon's Alexa platform. The always-on nature of the devices has made the Echo witness to a murder case and unwitting accomplice to unintended shopping sprees. ®