Mozilla to Thunderbird: You can stay here and we may give you cash, but as a couple, it's over 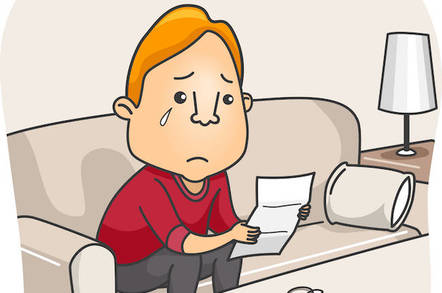 A little over a year ago, Mozilla started pondering the future of Thunderbird. And this week, it's decided the troubled open-source email client must sleep in the spare room.

Once upon a time, a unified code base for Mozilla's Firefox and Thunderbird sounded great, but interest in the idea waned, and working on an email client soaked up precious engineering time from browser development. So in 2015, Mozilla Foundation supremo Mitchell Baker suggested a gentle separation.

What's happened now is a divorce-of-convenience: as foreshadowed in April 2016, Thunderbird will remain under the foundation's roof, but there will be changes. While Moz will provide a "legal, fiscal and cultural home" for the free software, the Thunderbird Council, which oversees the project, will have to manage its operations, infrastructure, developers, funding, and community, all by itself.

As a result, the Firefox and Thunderbird source code will diverge. It's over between the two – not with a bang, but a whimper.

In an announcement on Tuesday, Mozilla's Philipp Kewisch said: “The Mozilla Foundation has agreed to serve as the legal and fiscal home for the Thunderbird project, but Thunderbird will migrate off Mozilla Corporation infrastructure, separating the operational aspects of the project.”

From an operational perspective, Thunderbird needs to act independently. The council will be managing all operations and infrastructure required to serve over 25 million users and the community surrounding it. This will require a certain amount of working capital and the ability to make strong decisions. The Mozilla Foundation will work with the Thunderbird Council to ensure that operational decisions can be made without substantial barriers.

This means that the other options canvassed in 2016 by former OSI president Simon Phipps, to send Thunderbird off to the Software Freedom Conservancy or The Document Foundation, won't proceed.

Kewisch declined to confirm any details of future funding. "I’d like to avoid any speculations about financial aid until there are concrete plans, as it just causes confusion and misunderstandings," he said.

"The council will be looking into different ways to increase funds in order to secure the future of Thunderbird. We welcome contributions of any size from both individuals and organizations."

From what we can tell, Thunderbird team has been raising money through donations, and it's hinted that Mozilla may kick in some cash later. So far, the donations, which are handled by Moz, have given the council “the confidence to begin moving away from Mozilla-hosted infrastructure, and to hire a staff to support this process. Our infrastructure is moving to thunderbird.net and we’re already running some Thunderbird-only services, like the ISPDB (used for auto configuring users’ email accounts), on our own.”

He adds that there are several remaining “pain points”, highlighting “build/release, localisation, and divergent plans with respect to add-ons, to name a few.”

In the immediate future, we're told, the Thunderbird Council will focus on increasing its distance from the Mozilla mothership. If that happens, and if the Thunderbird Council and Mozilla Foundation “maintain a good working relationship and make decisions in a timely manner,” then it's all plain sailing; if not, there's a provision for either side to terminate Mozilla's role in Thunderbird at six months' notice.

The next stage will be to modernize Thunderbird, if it can find the cash and engineers, of course.

"The Thunderbird Council is optimistic about the future. With the organizational question settled, we can focus on the technical challenges ahead," said Kewisch.

"Thunderbird will remain a Gecko-based application at least in the midterm, but many of the technologies Thunderbird relies upon in that platform will one day no longer be supported. The long term plan is to migrate our code to web technologies, but this will take time, staff, and planning.

"We are looking for highly skilled volunteer developers who can help us with this endeavor, to make sure the world continues to have a high-performance open-source secure email client it can rely upon."

For Thunderbird, it's not a case of use it or lose it. It's donate and develop, or lose it. ®