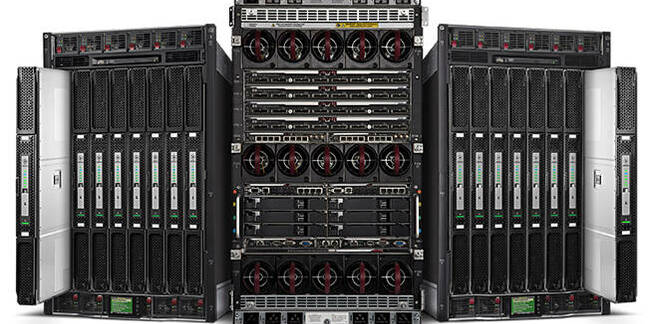 HPE is introducing a new generation of its mission-critical Integrity/HP-UX servers and providing a Linux container migration route to x86 server-land.

The Integrity i6 models represent an entire refresh of the Integrity server line, and use Intel Itanium 9700 series processors, otherwise known as the Kittson line.

These servers also get extended memory.

HPE is keen to stress the longevity of the Integrity server line, with an Asia Pacific OEM partner quote asserting: "The new generation servers will enable us to continually provide our customers with the HPE Integrity servers through 2025 and beyond."

As part of this the Integrity/HP-UX servers will have future integration with NVMe technology. HPE also says customers will get annual software updates and support until 2025 at least.

In the future HPE will enable customers to move HP-UX workloads into Linux containers running on x86 servers, stressing that these will be high-speed ones.

HPE says customers can choose to keep workloads on Integrity/HP-UX and get maximum performance or transition to a containerised/x86 HP-UX environment (and, El Reg storage desk would imagine, get less performance).

Many will see the x86 Linux container re-hosting announcement as HPE bowing to the (seemingly) inevitable end of Itanium processor development, with no hardware refresh by Intel after Kittson. By 2025 we might expect x86 servers to be using persistent memory and new-generation communications fabrics such as Gen Z, as well as the expected Xeon processors that will follow Icelake (v8) and Tigerlake (v9) and probably the WhateverLake that follows that.

The combination of persistent memory, next-gen fabrics and updated Xeons, with whatever fancy SoCs Intel by then provides for offload processors, will almost certainly drive standard x86 server performance well beyond i6 Itanium servers. If such servers can be implemented in a way to provide Itanium levels of reliability, availability and security, then using the Linux container migration route will become a no-brainer.

This move by HPE demonstrates maturity and reality and gives Itanium customers a comfort blanket for the future. ®

* Shouldn't that be HPE-UX now?

Is Oracle going to appeal? You bet

Unix? It's got YEARS left in it

Next up: How much will it have to pay?

'But there is no contract!' - Oracle