How Sweden and Norway turned to ANPR 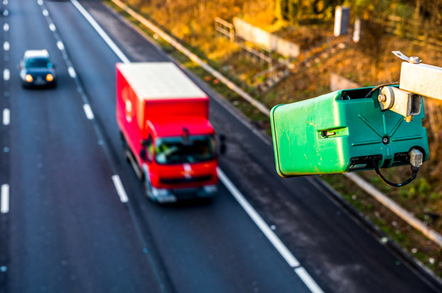 Most people leaving Kielder forest park in Northumberland go east towards Tyneside, but you can also head north-west on an uncategorised road through open countryside.

After a few miles, just past the abandoned Deadwater rail station, a couple of road signs are all that marks the border between England and Scotland.

But if Scots vote for independence in a second referendum demanded by Scottish first minister Nicola Sturgeon, then this remote road and around 20 others crossing the border would either have to be closed or turned into customs control points.

Work by neighbours Sweden, an EU member, and Norway, which is not, shows how technology such as automatic numberplate recognition (ANPR) cameras – already used widely in the UK for various forms of domestic enforcement - could allow the road at Deadwater to stay open without expensive, on-site customs officers in an age of austerity.

Along with digital notifications, they could also help create a light-touch border between Northern Ireland and the Republic – although not without difficulties. Also, as a former home secretary, ANPR is a subject Prime Minister Theresa May is familiar with.

May has decided that Brexit means Britain will leave the European Union’s customs union to allow it to negotiate its own trade agreements. That means the Northern Irish land border will become a customs boundary for the first time since 1993, when the EU abolished such checks between member states. If Scotland voted for independence and wanted to re-join either the EU or the customs union, such a border would be required between Scotland and England too.

These new borders would probably not try too hard to stop people – which means Kielder’s cross-border mountain bike trail may survive independence. The UK and EU both want to retain a "soft" border between Northern Ireland and the Republic of Ireland by retaining the Common Travel Area agreement between the UK, Ireland and the other semi-independent island states that make up the British Isles.

But controls will be required, according to Stephen Adams, a trade policy expert and consultant for advisory firm Global Counsel.

“It will be a question of how this is managed. Goods crossing that line will need to be recorded and processed in some form. Truck drivers will need the right to cross the line. The question then becomes what can you do with technology to make that process as frictionless as possible.”

Norway and Sweden provide a potential model for a high-tech customs border. Norway allows free movement of people with Sweden. Around 80 roads cross the border between the two countries with only about dozen staffed.

How does the system work and how could it translate to the UK?

Unstaffed crossings are treated as customs green lanes – it is illegal to use them when carrying goods that need to be declared. To check compliance, Norwegian Customs has for several years used pole-mounted ANPR cameras at unstaffed crossings in the south-east of the country. It is in the process of installing ANPR at all vehicle border crossings by 2020, at a cost of NOK130m (about £11m or US$15m).

The ANPR system has been used in cases that led to the seizure of 300kg of drugs, 360 litres of vodka and 2,500 litres of other alcohol. It has also been used to spot vehicles that get checked out by Norwegian Customs’ narkotikahunden (drug-sniffing dogs) Hatrick and Jim. In one case last August, ANPR-assisted Customs dog Jim sniffed out 40 kilos of hash in a Swedish-registered Volvo.

“It seems to work well,” says Kristen Høiberget, a head of section at Norwegian Customs of the ANPR system. The cameras are mounted at heights that can only be reached with ladders: “They are rather discreet. We haven’t experienced any vandal problems.”

ANPR data is checked against Norwegian Customs’ intelligence databases and with Norway’s road authorities to see if vehicles are taxed, although not automatically with the police. At first the agency did not retain the camera data, using it only to watch for suspicious activity in real time, but data is now retained for six months. “Being able to know the patterns of traffic in different places and the ability to identify threats on that basis is probably the most important, and that’s why we were very happy to get this six-month window to analyse the data,” says Høiberget.

Norway and Sweden share operations and staff at busy border crossings such as Høiberget’s base, the Svinesund bridge on the E6 motorway between Oslo and Gothenburg. This is open around the clock and handles 72 per cent of Norway’s road imports. Vehicles with something to declare stop just once and officers enforce both countries’ rules. Høiberget says 99 per cent of the handling is electronic, but it still has to use paper for some tasks – although barcodes help with this. Staff have to use separate Norwegian, Swedish and EU systems: “They don’t communicate electronically,” he says, with officers having the systems open separately on their workstations. The current border agreement doesn’t allow direct links.

This autumn, Norwegian Customs’ office at Ørje on the E18 road will pilot an automated system for trusted companies that send data in advance and homogenous loads of goods such as wood.

Vehicles will still use a “something to declare” red lane, but through use of ANPR cameras and automated checks they may be able to pass without stopping – although officers will still pick out some vehicles for checks. “It’s not passing at 90 kilometres an hour,” says Høiberget, but the pilot system should ease congestion. He adds it will then be implemented at the Svinesund crossing point as soon as possible.

So could the Norwegian-Swedish cameras and advance data model work in Ireland and – if needed – between England and Scotland? If it were to cover goods rather than people, it looks plausible for the latter: the border is less than 100 miles long, much of it follows the Cheviot hills and it has relatively few road crossings. Some of the major roads are already monitored by ANPR cameras and while these are (probably) police-run, the sites could be shared with HM Revenue and Customs.

Privacy activists would likely protest about the collection and retention of data. State officials have got in hot water on their use of ANPR in the past.

Most Britons, however, (including at time of writing Scots) are habituated to cameras on roads and would barely notice a few more.

Ireland is another matter. The busy border between the Republic and Northern Ireland wiggles around for more than 300 miles, has more than 200 road crossings and in some cases divides villages and even houses. When border posts were in place they were a source of tension during the Troubles; making the border next-to invisible has been part of the peace process following the 1998 Good Friday Agreement that helped reduce those tensions.

The cameras required for a tech-heavy border could themselves be vulnerable. In 2012, as part of a tribunal case that allowed UK police forces to keep secret the locations of ANPR cameras, the Police Service of Northern Ireland said it had experienced more than 30 cases of cameras being moved so they did not read plates, as well as other attempts to damage them including setting them on fire.

It spent more than £36,000 at two ANPR sites to repair deliberate damage over a few months in 2012. There are alternatives, such as mounting cameras on drones or in vehicles, although these are better-suited to occasional checks.

The UK government’s chronic problems with setting up big IT systems could hinder attempts to set up online systems to aid the customs process. HM Revenue and Customs is currently moving from its quarter-century old Customs Handling of Import and Export Freight (Chief) IT system to a new Customs Declaration Service; the latter was designed before Brexit and Parliament’s Treasury select committee recently warned it was running into major problems.

And while the UK and Irish governments are likely to co-operate extensively, they may be short on time.

Kristen Høiberget points out that Norway has two decades’ experience of its tailored EU border arrangement: “This border has been working for years and years in an efficient way – it has been developed and finely tuned.” Depending on the Brexit negotiations, the UK and Ireland might need to get equivalent arrangements running in less welcoming territory in less than two years’ time. ®

Don't worry, Fujitsu is on the case