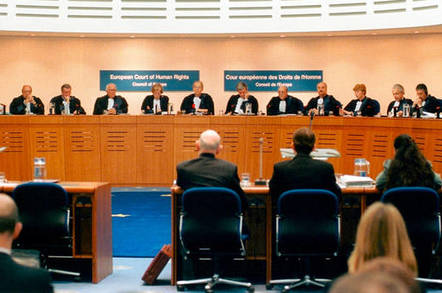 The staff union of the European Patent Office on Tuesday applied to the European Court of Human Rights in an effort to force greater accountability on the organization and its president, Benoit Battistelli.

The EPO has carried out a years-long campaign of surveillance, intimidation and disciplinary hearings against staff who have opposed Battistelli's reform efforts: a campaign that would be illegal under the laws of the countries in which the organization resides.

But when the staff union, SUEPO, sued to force the organization to follow those laws, EPO management claimed immunity due to its status as an international organization. After a protracted legal battle, the Dutch Supreme Court ultimately agreed with that argument, and shortly thereafter EPO's president Battistelli sacked another staff union representative, sparking more protests.

SUEPO is appealing that decision to the human rights court by making the case that the immunity provision only holds if an organization has effective internal remedies. It argues that the EPO does not, and that its own systems are also severely lacking.

That is a claim seemingly backed up by two decisions late last year from the International Labour Organization (ILO). Those decisions found that the EPO's appeals committee – which oversees disciplinary proceedings – was not legal since it included a majority of management-chosen members and actively ignored its own internal membership rules.

The ILO also found a slew of procedural errors, and told the EPO it needed to rebuild the appeals committee – effectively nullifying more than year's worth of decisions.

The situation has grown so bad that the ILO's management felt obliged to warn its governing body earlier this year that the backlog of complaints it had against the EPO was impairing its ability to function. No less than 73 per cent of the hundreds of cases it was reviewing resulted from EPO actions.

"As state party to the Convention, the Netherlands is obliged to ensure that the ECHR is safeguarded on its territory," SUEPO's representative, lawyer Liesbeth Zegveld, argues. "As this is impossible in the light of the Supreme Court judgment, the Netherlands is violating article 6 ECHR in combination with articles 10, 11 and 13 of the Convention."

Put simply, the EPO's staff union is saying that its human rights are being trampled in the drive by Battistelli to stamp out any internal dissent against his reforms: an extraordinary situation given the fact that until recently the EPO was a highly respected organization undertaking complex and important patent work.

The appeal also represents a last-ditch effort by the staff union to maintain its survival: since the Dutch Supreme Court decision, Battistelli and his team have actively tried to disassemble the union, rewriting procedures and rules to give management greater say and power over the union's activities, and effectively barring any candidates not approved by management from standing.

Just prior to the appeal to the human rights court, SUEPO also sent a letter to all members of the European Parliament (MEPs) alerting them to the situation at the EPO and the "total lack of trust" in its president. It also questioned whether the EPO's claimed improvements in the number and quality of patents being processed were true, and flagged that some of the most recent efforts at institutional change pushed by Battistelli were likely illegal.

The situation has not gone unnoticed, and on Tuesday the Dutch parliament held a hearing into the EPO and its problems in which there was open and active discussion about how to fire president Benoit Battistelli before his term ends.

Under the unusual setup of the EPO, a majority of the 38 representatives from Europe's countries would have to agree to fire Battistelli: something that critics of the president have repeatedly asked for but have failed to achieve.

But even Secretary of State Martijn van Dam – a vocal critic of Battistelli – told MPs that was not a viable course of action and could interfere with plans to vote in a suitable replacement for Battistelli when his term runs out in 2018: a replacement that, presumably, will seek to rebuild the shattered relationship between the EPO's staff and management. ®