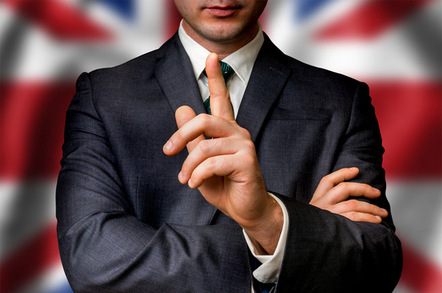 The internet is buzzing with claims about the role of data and use of algorithms by politicians to swing votes.

Whether data played so important a part in campaigns from 2015 General Election to the EU referendum and how far data will shape the outcome of the upcoming snap General Election is interesting, but – ultimately – less interesting than whether such practices are lawful.

Even more interesting is the possibility, in the UK at least, that the lawfulness of such practices will affect practices by parties going out electioneering in the coming days.

That’s because at least some of the advantage that could be gained by any of the parties through data analysis will be eliminated when the European Union’s General Data Protection Regulation (GDPR) enters into UK law next May. That could impact the election after this, which will likely be fought in 2022.

Historically, use of data has been limited, but intelligent. Canvassing of voters identifies whether members of a household have a clear preference for the coming election – Tory, Labour, LibDem, Green and so on – or Don't Know/Won't Say.

In some systems, weak preferences are also elicited, resulting in hours of “fun” down at the local pub as election geeks (now rebranded as analysts) debate how to interpret such categories and what weight to allocate to each.

This data helped to focus party efforts: to target further communication and to “knock up” firm voters on the day.

The latter, at one time, was effected – ever so quaintly – by the use of “shuttleworths”: multi-sheet carbon forms that allowed successive updated copies for each street to be torn off and given to party election workers as a list of doors to knock on.

Hardly high-tech: but some parties did it better than others – and in more marginal seats, it probably meant the better-organised party sometimes beat the less organised.

Given that UK elections are winner-takes-all affairs in individual constituencies, more serious is the proposition, first advanced by direct marketers in the 1960s and 1970s, that a very small number of electors actually determine the outcome for the entire country.

In 2015, for instance, a change of heart by just shy of 900 people might have given the UK an entirely different result. The Conservative overall majority of 12 would have been overturned had just seven seats swung the other way: and the overall majority in those seven seats – including Gower and in Derby North where the party squeaked in by 27 and 41 votes respectively, grabbing these seats from Labour. A “close run thing” indeed.

There’s a lot in play in the current general election.

The Conservative party has targeted 150 opposition party seats – 129 of which are Labour. The smallest, Chester, has a majority of 93 votes and would require a swing of 0.09 per cent.

With such narrow gains in play, concerns over political parties – on either side – using big data to swing elections arise. Because given what an old-style political campaign can achieve with pencil and clipboard, how much more can be done with access to massive data sets about individual hopes, fears and attitudes, and sophisticated targeting of messages, determining not just who to contact, but in what format, with what message, and even, notionally, over whose signature. One potential voter for the Conservatives, for instance, might appreciate a personal last minute appeal from Theresa May, while another might prefer their rhetoric to emanate from Boris Johnson. The LibDems might discover that a certain voter may be persuaded sooner by Vince Cable than by Tim Farron.

Is this happening? Reports say the Conservative party employed a strategy adviser in 2015 who employed big data tactics: “Using vast databases, commercial market research, complex questionnaires and phone banks... to map the fears and desires of swing voters, and design highly personalised messaging that would appeal to them.”

It is reported, too, that both the Leave and Remain campaigns used the services of analytics firm NationBuilder in 2016.

Nothing to see here, according to a re-assuring piece in this publication, in which academics explain how it's all hype and overblown and – if it did happen – good for democracy anyway. Perhaps they protest too much. After all, if this data science is really so flimsy, how come banks and supermarkets and mobile phone companies have invested so much in it over the years? They cannot all be deluded.

And are these clever academics really claiming that big data could not potentially swing just a few crucial votes – say for example when just a few in two key constituencies need be swung?

And surely, there must be a law against this sort of thing? To an extent, there is. Traditional canvassing, involving face-to-face contact, direct conversation between voter and party worker, potentially triggers Data Protection Act concerns – but only minimally so. The purposes for which data is being collected are reasonably clear, and limited in scope. Individuals can, indeed, opt out of having their data processed by party machines – although in my direct experience, almost all parties are equally bad when it comes to managing the opt-out process.

For instance, I have, for several years, been in regular receipt of emails from leading Conservatives: the reason for this largely irrelevant communication is, as far as I can tell, because I once, many years ago, filled out an online survey managed by that party, and agreed to receive follow-up communications.

Next page: At the heart of all of this is one word: consent
Page:
Tips and corrections
78 Comments