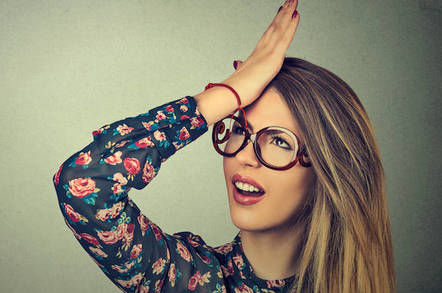 Microsoft's Edge browser is the subject of an amusing new bug report, alleging it somehow manages to screw up printing strings of numbers.

The report on Microsoft's developer portal describes the issue where PDF files printed through Edge will display numbers and text incorrectly when exported.

The report includes a pair of examples in a numbered table. The first table is sequentially numbered from 1-140. The second table, which is said to have been printed in Edge through the "print-to-PDF" function, has the boxes numbered out of sequence with the first six as "1,1,4,4,4,7".

The report notes the issue was found in Edge version 14.14393 and was filed by a "Mathias I." The developer also suggests users avoid the print-to-PDF function by scanning a printout of the page with a scanner, which seems like a lot of effort just to get a PDF and may be a joke.

El Reg asked Microsoft for some clarification on the matter, but we were only able to get the following statement:

We’ve received customer feedback that certain PDFs may render incorrectly when printed on some versions of Microsoft Edge. We’re actively investigating this issue and will share updates on our public portal when they are available

In the meantime, it might be a good idea to use another application to export your PDFs, especially if you're filling out an expense report or making math assignment. ®