Fear not – there's life beyond the community lifeline 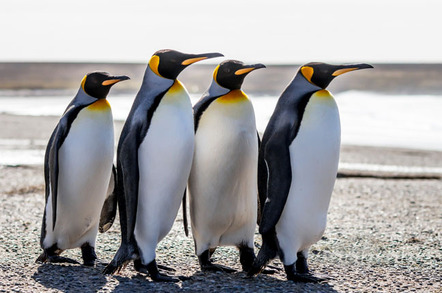 Canonical is killing its Unity convergence play and Mir display, but fans of Ubuntu need not panic.

You can continue to employ familiar Unity 7 interface for as long as you like, though you'll have to install it after you install Ubuntu by enabling the Universe repos.

A community is also forming around the idea of continuing development on Unity – or, at least, one hopes, fixing bugs and updating to patch security vulnerabilities.

Signs are promising and from my perspective as a user of a desktop that's been more or less abandoned – or, perhaps just considered complete (Openbox) – I'm here to tell you that there's nothing to fear. Unity has a user base several orders of magnitude larger than Openbox so, I think, you should be just fine.

Still, if you decide that the uncertainty of Ubuntu's future is just not for you, it might be time to experiment with some other desktops and distros.

But which to pick?

This is naturally highly subjective and readers will have their own strongly held opinions. There are dozens of distros and desktops out there. ElementaryOS is a popular one that might be worth a look, as is the newcomer, Solus, which has a very slick desktop and nice out-of-the-box experience.

I generally end up back at Arch, but I hop between various combos on a regular basis. One small tip: it's much easier to distro hop if you put your /home folder on separate partition.

With that in mind, here are my picks:

This would be my top choice for anyone new to Linux or wanting a desktop experience that's reminiscent of Windows. MATE is fast, regularly updated and uses a familiar taskbar-oriented interface. My only hesitation here would be for users with HiDPI screens. MATE's HiDPI support is OK, but nowhere near as good as what Unity or GNOME offer.

Ubuntu MATE offers a familiar Ubuntu experience – all the apps you're used to, all the usual commands in the usual places – but is much easier on the RAM and graphics card than GNOME.

MATE grew out of Linux Mint project, but I happen to prefer what the Ubuntu MATE team has put together. I prefer Ubuntu MATE in part because I often recommend this for new users and I don't think Mint's default security settings are a good match for Linux newcomers.

If you're going to use GNOME, right now, not having seen what Ubuntu is going to end up doing, I suggest trying it via Fedora. Fedora's out-of-the-box experience with GNOME is about as stock as you can get, which means you'll rarely run into problems with themes or extensions. Fedora's GNOME experience will help you get familiar with GNOME itself rather than some distro's customization of GNOME.

That said, there is of course quite a difference between Fedora and Ubuntu, especially their package managers. If you work with a CentOS server you'll have a basic idea of Fedora's experience. Ubuntu uses Apt, which used to be one of my favorites, but Fedora has put a ton of work into DNF, which now offers quite a few nice bits that Apt lacks, for example if you run a command in Fedora that's not yet installed dnf will often step in and offer to install it rather than just saying "command not found".

It used to be that Ubuntu - drawing on Debian's vast repositories - had a wider range of software available. That's still probably true if you compare default repos, but Fedora has quite a few community maintained repos like the Extra Packages for Enterprise Linux (EPEL), COPR and RPMfusion repositories. It's not always wise to just blindly add lots of third-party repos though, I typically use a DNF add-on to I've never found an application that wasn't available for Fedora in some form.

If you stick with graphical software installs you'll be right at home in Fedora. GNOME's Software app was the basis for Ubuntu's software app and functions more or less the same way.

The granddaddy of Linux distros and the upstream source of Ubuntu itself, Debian has a reputation for being a bit behind the times when it comes to available applications - "conservative" would be the more neutral term - but that's not necessarily the case. Or, rather, it is the case for Debian itself, but if you use Debian's testing branch you'll have access to just about everything you'd find in Ubuntu.

One word of caution, though: Debian does not support .deb files the way Ubuntu does. You can often install them, but in my experience nothing will break your Debian system faster.

If you just click your way through the Debian installer you'll end up with a GNOME desktop, which offers a decent experience, but I find Xfce more suited to Debian. It's a bit easier on the processor and RAM and it's barebones, just make it work approach seems to match Debian's style.

I would recommend installing the xfce-extras package, which contains some nice add-on and features that don't come with the base package.

It's worth noting there are some things that don't work in Debian, most notably secure-boot support does not exist and was recently removed from even the as-yet-unreleased Debian 9. If you need secure boot then Debian is a no-go. It's also worth mentioning that Debian 9 will mostly be out in the next few months, which will bring Debian proper into the modern world. So if you'd prefer not to use Debian testing, you can wait a bit and what's currently in testing will be in Debian 9. I generally use the stable branch for the first year or so after a release and then, as newly released applications stop being backported, switch to testing.

I've given Linux Mint a hard time in some reviews, especially because I think its security is somewhat questionable, but provided you take the time to set up the right update processes and make sure that your software is then updated properly Mint is an excellent distro.

The Cinnamon desktop is theoretically available for quite a few distros, but none I've used match the out-of-the-box experience of Mint, which makes sense since Mint is where Cinnamon started. Cinnamon's experience is close to that of MATE (also a Mint project), but offers a little more polish and flash.

Mint itself should pose no real problems for Ubuntu refugees. The software update and installation tools are different, but in many ways better and offer more control. The key is not to accept the default settings, but read through the various options and make sure you understand what you're getting.

Arch Linux with Desktop of Your Choice

If you're ready to learn more about how Linux works behind the scenes, how the various bits of software fit together and want access to the latest and greatest the minute it's ready the Arch Linux is worth a look. It has a reputation for being difficult to install, but it's really not that hard. It does, however, require you to install via the command line and most things you'll ever want to do to your Arch system will be via a text-based interface.

If all that sounds intimidating, well, it would be were it not for the Arch community and the Arch wiki, which is one of the best sources of Linux information on the web.

Two tips for running Arch: first, do not try to test it in a virtual machine. I've been running Arch for a couple years and know my way around it pretty well but I still can't ever get it working right in Virtualbox. Second, do not go too long between complete updates. The only problems I've had with Arch and updates have been when I went a month or more without running Pacman -Syu.

This gets an honourable mention because, while I do not really care for KDE, the out of the box experience with openSUSE is excellent and well worth a look in your distro explorations. ®