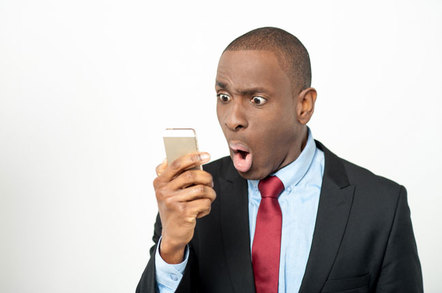 Qualcomm is considering asking for an import ban on iPhones coming into the United States in retaliation for Apple stopping royalty payments to the chip designer.

According to "a person familiar with the company's strategy," Qualcomm will formally ask the US International Trade Commission to stop the iPhone, which is made in Asia, from entering the country, arguing that Apple is violating its patents.

Whether it will actually send a letter and whether the ITC would approve such a request is far from certain, but Qualcomm needs to do something in response to Apple's decision to simply refuse to pay royalty payments on its patent.

Last week, the chip mastermind was forced to lower its quarterly earnings by no less than $500m because of the dispute – a dispute caused, according to Apple CEO Tim Cook, by Qualcomm refusing to offer "fair terms," as it is required to do by law.

Qualcomm, unsurprisingly, does not agree. "Apple has now unilaterally declared the contract terms unacceptable – the same terms that have applied to iPhones and cellular-enabled iPads for a decade," spat Qualcomm general counsel Don Rosenberg. "Apple's continued interference with Qualcomm's agreements to which Apple is not a party is wrongful and the latest step in Apple's global attack on Qualcomm."

Cook made it clear he was prepared for a legal battle over the issue. And with Apple's vastly greater resources, he can afford to drag the fight out.

Apple also foresaw that Qualcomm might try to go nuclear and ban iPhone sales, with Tim Cook saying on a call this week with analysts that he thought it was possible that he didn't believe any jurisdiction would go for it. "There's plenty of case law around that subject," he said. "But we shall see."

In a statement last week, Apple also told The Register: "We've been trying to reach a licensing agreement with Qualcomm for more than five years but they have refused to negotiate fair terms. Without an agreed-upon rate to determine how much is owed, we have suspended payments until the correct amount can be determined by the court."

The choice of the ITC would make sense for Qualcomm: the commission understands patent law, it has the authority to ban imports in the US, it works fast compared to jurisdictions and it would be a massive blow to Apple in its home country, especially with Apple expecting to announce a new iPhone this summer.

Qualcomm also knows the power and impact of an ITC ban: its own chips were blocked back in 2009 when it was in a patent dispute with rival Broadcom. Qualcomm settled – a rare loss for the company.

But chips and whole phones are very different things. And Apple beat back a similar challenge when it was having yet another patent fight – this time with Samsung.

Apple also has good reason to fight Qualcomm on the matter: it no longer exclusively uses the company's LTE modems in the iPhone, but a mix of Intel and Qualcomm modems. Who knows what it will use in future iPhone iterations.

Apple is already suing Qualcomm on this very issue: at the start of the year it filed in Southern California court claiming it was charging excessive patent royalty fees. Something that Qualcomm was already unhappy about.

On top of which, Qualcomm is also being sued by US trade watchdog the FTC for doing exactly what Apple claims: abusing its war chest of patents to strong-arm smartphone makers.

Qualcomm's argument for a swift ITC resolution is likely to be that the dispute is not just between it and Apple but that Apple is disrupting its entire business and its third-party contracts. Apple does not pay Qualcomm patent royalties directly but instead pays the manufacturers that make the iPhone, and they then pay Qualcomm.

Apple claims that Qualcomm is abusing its position to charge too much and is using those funds to help out its other corporate arms – something that would be illegal. But its main argument at the ITC will likely revolve around how the Qualcomm patents at issue are now effectively an industry standard and so should be treated differently.

In effect, the whole thing is a multi-billion-dollar piece of aggressive negotiation on both sides. If Qualcomm can get an ITC ruling blocking iPhones from entering the US, it could be game over; if it fails, Apple will be emboldened in its strategy. ®