Post Unity 8 Ubuntu shock? Relax, Linux has been here before

Shaping up for a Red Hat or SUSE future 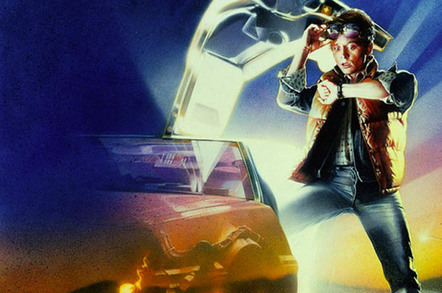 If the recent news that Canonical is killing its Unity 8 desktop/phone interface and Mir display server caught you off guard, it’s only because you haven't been paying attention to the ups and down of the Linux world.

Unity 8 and Canonical founder Mark Shuttleworth's vision of convergence did not find a market in time for it to come to fruition.

Since the news that Unity 8 was being abandoned and staff reshuffled or cut Canonical did happen rather abruptly it is worth asking: What now?

If you've been around the Linux world for long you probably have a pretty good idea.

Red Hat has been down this road before, as has SUSE. If you're new to this and stricken by a Doomsday like panic, relax. Canonical is probably going to be just fine. It's highly likely it will more or less abandon its desktop product to the community, but the core of Ubuntu isn't going anywhere.

The difference between Canonical of the past and the Canonical that appears to be going forward is that now the bottom line matters. Which is to say that the parts of Ubuntu not making money are probably on the way out.

It makes little sense for Canonical to waste its suddenly smaller development staff on the desktop when containerization and Ubuntu on the server is where the money is. Desktop users will have Ubuntu GNOME, which has already taken over as the main distro, and there are plenty of other community-driven 'buntus to pick up the slack there.

The Ubuntu GNOME distros blog post tells you everything you need to know:

There will no longer be a separate GNOME flavor of Ubuntu. The development teams from both Ubuntu GNOME and Ubuntu Desktop will be merging resources and focusing on a single combined release... We are currently liaising with the Canonical teams on how this will work out.

Old hands in this field may recall a similar refocusing happened to Red Hat back in 2003. Red Hat dropped its desktop, then called Red Hat Linux, and started up Red Hat Enterprise Linux, in the process becoming the boring enterprise-focused company it is today. But it created the community based Fedora to serve as what Red Hat Linux had once been so not all was lost.

While this is the likely script for Canonical over the next few years, it is equally possible that it may not actually go this way. Canonical may stick with its desktop and still make it a major focus of its development because while the money is in enterprise, what made Ubuntu very nearly a household name is not enterprise, but community.

Something similar happened to SUSE, albeit in a very different way. When Novell bought SUSE in 2003 it wasted no time rebranding it SUSE Linux Enterprise Server. But then something happened. A couple of years later Novell announced the openSUSE Project community as a way to create a more open development process.

If there's one thing Ubuntu daddy Mark Shuttleworth and his company Canonical understand, it's community. Ubuntu is as popular as it is in part because of the very hard work of its developers, but also in part because it listened to its community.

It's also worth noting that Mir and Unity 8 are far from Ubuntu's only ideas over the last half decade. In fact Snap packages, which Canonical has assured me are very much a part of its future, may turn out to be a far better and more revolutionary idea.

The most optimistic reading of the tea leaves here is that Canonical may be cutting the fat not to become another enterprise-focused giant - thought it already is that in many ways - but to refocus on what it's user actually want rather than its own vision of the future of computing. ®