Kali Linux can now use cloud GPUs for password-cracking

Kali's a favourite for white hats, but that doesn't stop black hats guys from using it too 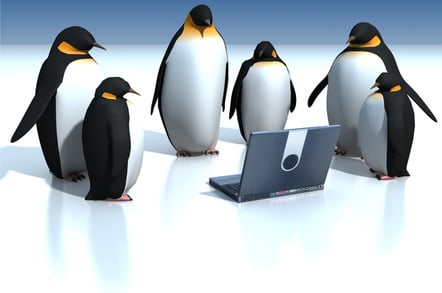 Think passwords, people. Think long, complex passwords. Not because a breach dump's landed, but because the security-probing-oriented Kali Linux just got better at cracking passwords.

Kali is a Debian-based Linux that packs in numerous hacking and forensics tools. It's well-regarded among white hat hackers and investigators, who appreciate its inclusion of the tools of their trades.

The developers behind the distro this week gave it a polish, adding new images optimised for GPU-using instances in Azure and Amazon Web Services. The extra grunt the GPUs afford, Kali's backers say, will enhance the distribution's password-probing powers. There's also better supoprt for GPU cracking, hence our warning at the top of this story: anyone can use Kali and there's no way to guarantee black hats won't press it into service. And they can now do so on as many GPU-boosted cloud instances as they fancy paying for.

The new distribution, version 2017.1, also adds support for Realtek's RTL8812AU wireless chipsets. The Linux kernel doesn't support that silicon, but lots of mainstream modem-makers like D-Link, Belkin and TP-Link do. Adding support to Kali therefore makes it capable of probing a great many WiFi access points.

There's also support for the OpenVAS 9 vulnerability scanner. Kali's not included the tool in its default release, but has packaged it so a quick apt-get update and apt install openvas will install a nicely-packaged version of the tool.

The full changelog for the new release is here for your reading pleasure. ®