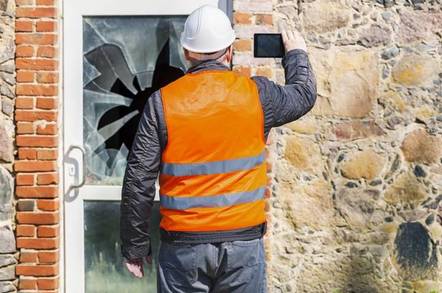 Microsoft has urged non-tech-savvy people – or anyone who just wants a stable computer – to not download and install this year's biggest revision to Windows by hand. And that's because it may well bork your machine.

It's been two weeks since Microsoft made its Creators Update available, and we were previously warned it will be a trickle-out rather than a massive rollout. Now, Redmond has urged users to stop manually fetching and installing the code, and instead wait for it to be automatically offered to your computer when it's ready.

The problem is that some systems – particularly older ones – may not be able to handle the Creators Update, Microsoft said. The US giant has been focusing on updating newer kit first, since it feels that hardware is less likely to run into difficulties, and has stopped automatically offering the latest Windows 10 upgrade to computers it suspects will suffer from breakdowns.

For example, the big update has already run into problems with some types of Broadcom Bluetooth LE radios: the code was killing connections with accessories, apparently. So Microsoft stopped pushing automatic downloads to computers carrying that hardware. However, the operating system can still be fetched manually if folks really want it.

In other words, if people fetch and install the software by hand, they will bypass Redmond's blockades, and potentially run aground on their hardware.

"We continue to recommend (unless you're an advanced user who is prepared to work through some issues) that you wait until the Windows 10 Creators Update is automatically offered to you," John Cable, director of program management for Windows servicing and delivery, said on Tuesday.

According to advertising stats counter AdDuplex, around 10 per cent of Windows machines are running the Creators Update. As you'd expect, Microsoft's own hardware is getting it first, with 30 per cent of Surface Books and a quarter of Surface Pro 4s having been updated.

That Microsoft is calling for a halt to manual updates so soon suggests there are still irritating bugs in the code to iron out. On the one hand, it's a relief Redmond isn't shoving out broken tech to everyone at once leading to a global meltdown. On the other hand, it is seriously weird that the biz has been hyping up an operating system release that today still isn't ready for the mainstream.

Only one in ten machines are running the new code, and the Office 365 giant has already told people to hit the brakes. This is despite the product undergoing months of internal and public testing.

It's another example of Microsoft trying to treat its core product, the bedrock of its business, as nothing more than shifting sands of ones and zeroes. This is a great pity because Windows 10, at its heart, has stronger cybersecurity defenses and other kernel-level improvements – it's just everything around it is constantly changing and so hard to pin down, it's a confusing mess half the time.

Microsoft's enterprise customers won't be getting the update for months, thankfully. Instead, it is consumers and small businesses who are being used as livestock to clear the minefield. Moo. ®