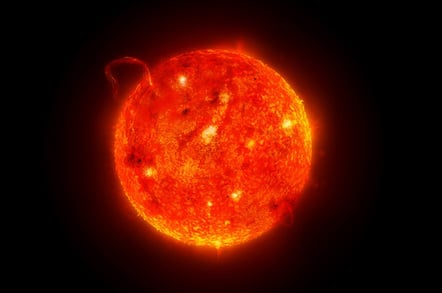 Development of OmniOS – an Oracle-free open-source variant of Solaris – is being killed after five years of work.

Active development of OmniOS by OmniTI is being suspended, we're told, with its current beta being the final release. OmniOS is a distribution of Illumos, which is derived from OpenSolaris, Sun's open-source flavor of Solaris.

OmniTI chief executive Robert Treat promised his firm would still run "quite a bit" of the OmniOS project's infrastructure, and that some staff may continue to contribute. OmniTI spun up OmniOS to "push forward the OpenSolaris ecosystem" used in its business.

OpenSolaris was the popular open-source edition of Sun Microsystems' Solaris Unix, which was choked to death by Oracle after its purchase of Sun. The last OpenSolaris editions were released in 2009 and 2010, not long after Oracle's purchase.

According to Treat, however, it seems his plan to create a open-source community around OmniOS have come to nothing.

"We felt it was important for us to take the first initial steps, in the long term we really would prefer that OmniOS become an open-source project maintained by its community rather than remain as the open-source product of a single commercial entity (think Debian vs Red Hat, if that helps)," Treat wrote.

That community did not materialise, leading Treat to conclude: "If we are ever to change the nature of OmniOS, we need to take a radical approach. The current model does not work for OmniTI nor do we believe it is healthy for the Omni OS community as a whole."

Treat did not go into specifics as to what went wrong. He did note, however, that the majority of the community was employing OmniOS resolutely for storage and not the high-scale web platform it seems he wanted.

OmniOS was built on Illumos, a fork of OpenSolaris packing in containerization, Crossbow for networking, the feted ZFS file system, and DTrace. Started in April 2012, it was hoped OmniOS would be community-driven, simple to use, and fast to install and operate. ®