Or is this the start of Microsoft's $26bn LinkedIn writedown? 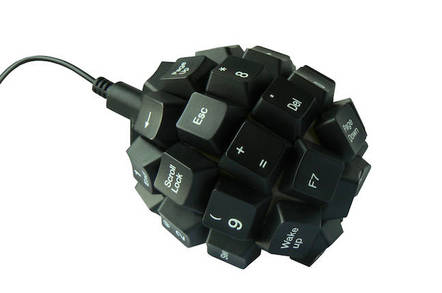 Microsoft will this summer start mining LinkedIn as a CRM database using Dynamics 365 in a bid to challenge Salesforce.

Microsoft Relationship Sales Solution will be available from 1 July and combine Dynamics 365 for Sales and LinkedIn's Sales Navigator Team Edition.

Prices start at a $135 per month, although if you purchase through Microsoft's standard enterprise volume discounts you'll pay less.

The integrated CRM tool is designed to let you mine LinkedIn for leads, make contextual recommendations and develop relations with contacts.

The announcement came as Microsoft claimed 500 million members – up from 450 million in October 2016.

Also announced Monday was Dynamics 365 for Talent, a series of HR modules for recruitment and staff management.

Several years back a saying was making the Silicon Valley rounds: "If you aren't paying for the product, you are the product."

That is, if you're using a social network and paying nothing for the service, you are the asset it's selling.

All the time you're stuffing it with your info – date of birth, job title, career, likes, photos – you're really increasing that site's value to potential advertisers or similar.

Satya Nadella's software firm took over LinkedIn in one of the tech industry's biggest acquisitions ever for $26.2bn.

The amount of money flying around gives an indication of what's perceived to be at stake.

CVs have long been regarded as some of the best fictional literary works on the planet, but if LinkedIn were simply a repository of CVs we wouldn't be here. LinkedIn employs a social graph to figure out networks of contacts.

The social graph is the Promised Land of the sales religion, not simply because it records interactions between people but because it also uses probability rankings to work out who individuals are, or might be, connected to.

You do the rest for the machine by clicking "OK" to recommendations and suggestions.

Salesforce had recognised this potential of LinkedIn and had explored a deal but Microsoft got there first – and it offered cash. The offer came the same year as Microsoft was also rumoured to be interested in buying Salesforce itself.

Business applications have long played second fiddle at Microsoft and it has a history of buying its way into the field as opposed to building. It was only in 2001 and 2002 that Microsoft finally got into ERP directly by buying Great Plains and Navision. Dynamics CRM 1.0 came in 2003. The trio were solidly on-prem and all clearly intended to serve the greater mission of driving sales of Windows.

The online CRM monkey, however, was already out of its cage but, like many of tech's biggest names, Microsoft either didn't see it or deliberately ignored it. Salesforce was founded in 1999, IPO'd in 2004 and was growing to such an extent that other CRM providers were forced to follow it online.

Microsoft has had its own online CRM for some time, but it wasn't until November 2016 that it tightened up both the technology platform and the brand. Microsoft launched Dynamics 365 in November last year, sharing the brand as its hitherto popular productivity suite, Office, now in the sky as Office 365. They also shared a common data model and various integration points running on Azure.

Fifteen years in, the unit that houses Microsoft's Dynamics and Office products – along with Exchange, SharePoint and Skype for Business – isn't growing.

The productivity and business unit for Microsoft's full fiscal year made $26.4bn revenue – the same as the year before. Net income fell 7 per cent to $12bn.

Online Dynamics, then Dynamics CRM Online before its November branding and platform makeover, did grow and more than Office 365 – 4 per cent for the year.

The smaller CRM-as-a-service pioneer Salesforce made $8.39bn in its most recent year, reported in February, but it grew – and by a big margin: 26 per cent.

Microsoft CEO Nadella said LinkedIn was "key to our bold ambition to reinvent productivity and business processes". In its fourth-quarter SEC filing last year, the reason became less idealistic and more practical. "Acquisition is anticipated to accelerate the growth of LinkedIn, as well as Office 365 and Dynamics," Microsoft said.

Salesforce had recognised the threat from LinkedIn. Chief Mark Benioff had called Microsoft's ownership monopolistic. He engaged with regulators to stop it and he's bought a cloud-based word processing app, Quip, as some kind of alternative to Office 365. He'd "do everything differently" if he had a second shot at LinkedIn.

This summer will finally reveal what Salesforce is made off against a real enterprise animal with the kind of money and focus to bring a challenger to heel. In turn, we will find out whether Microsoft can break its losing streak (here and here) on big deals and employ LinkedIn to drive up sales of Dynamics and Office 365. ®