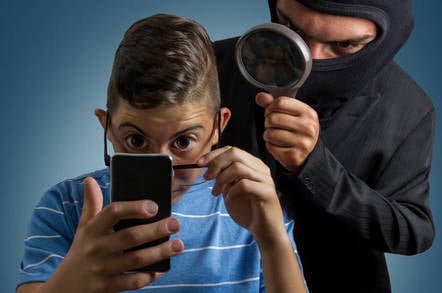 Uber hid its fingerprinting of iPhone users from Apple – techniques that would have had any other app thrown out of Apple's store. Uber retained the information even after the Uber app had been deleted and the phone had been wiped. Uber CEO Travis Kalanick got a personal reprimand from Apple CEO Tim Cook, but the app stayed put, and Uber continues to use fingerprinting worldwide.

The revelations emerge in a New York Times profile of Kalanick. Being "the Gray Lady", you wouldn't know it from the headline.

We already know because Uber copped that it had devised a user-tracking scheme called "Greyball", which attempted to identify regulators and law enforcement officials in several cities worldwide, and serve them a fake version of Uber.

In Greyball, part of an Uber initiative called VTOS ("violation of terms of service"), Uber identified public officials who worked for transport regulatory agencies or the police, who may attempt to pose as Uber customers. It began by drawing a perimeter around regulators' offices – suspected regulators would be served a fake version of the Uber app and display "ghost cars", which never arrived.

But Uber went beyond "geofencing". It also examined the purchase of phones near regulators' offices, which may be used in a sting operation, and examined credit cards for ties to public authorities such as the police.

Uber portrays Greyball as a safety and anti-fraud initiative, and continues to use it outside the USA.

The new details that emerge from the latest piece are, firstly, that the unique fingerprinting persisted even after the phone was erased. And, secondly, that Uber attempted to create a "geofence" around Apple's HQ to try to fool Apple's app compliance employees. Uber could not ID users without the Uber app installed, and to identify an erased device, the user would have needed to reinstall the application.

The ruse was rumbled, the Times reports. Apple CEO Tim Cook scolded Kalanick but the relationship continues. It's hard to imagine any other app developer surviving.

In the UK, Uber developed a cosy relationship with the "Cameroons", aided by former Tory advisor Rachel Whetstone, who last week resigned as Uber's global head of policy. No. 10 spads* leaned heavily on London regulators to smooth Uber's path, the Mail reports. The Department of Business Industry and Skills faces potential ICO action for deleting emails relating to Uber. ®