Not auf wiedersehen – yet! The Berlin scene tempting Brexit tech 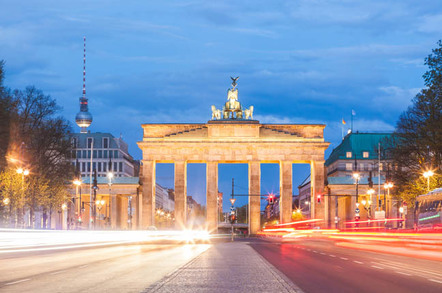 After Britain voted to leave the EU in June 2016, there was a flurry of articles about how London's tech startups, shocked by the prospect of Brexit, could soon decamp to cheap, fun Berlin.

German politicians fed the hype. The Berlin authorities opened a new trade office in London explicitly to capitalise on Brexit uncertainty, while the Free Democratic Party sent a van to drive around Silicon Roundabout emblazoned with the message: "Dear startups, keep calm and move to Berlin."

So far, though, there have been more articles written about startups moving from London to Berlin than companies that have actually done so.

The city authorities said in November just five companies (all small) had made the jump. Since then, no more have come, a spokeswoman told The Register.

Travis Todd, chief executive of Silicon Allee, a Berlin startup community, distilled the inertia. "What's overlooked in this discussion is that these are not just companies, they're companies full of people, and people have families and children and houses and everything. So despite the political climate, no major startup or company is going to disrupt their entire workforce."

That said, with Article 50 triggered and Britain's exit from the EU now less than two years away, Berlin's authorities say that many companies are still interested – just biding their time, waiting to see what happens in the negotiations.

Rather than causing existing companies to move, Todd thinks that the real impact of Brexit may be on founders, who now may be having second thoughts about setting up in London. With that in mind, what does Berlin offer them?

Why business likes the EU

The obvious answer is seamless access to European markets in a post-Brexit world. "We offer a new home to British companies which want to keep close ties to the EU," says Ramona Pop, Berlin's senator for economics, energy and public enterprises. "The same applies for international companies originally planning to move to the UK and now looking for a new business location."

Brexit will also likely stop London-based startups recruiting EU citizens with zero visa hassle. Germany already has a much easier and cheaper immigration regime compared to the UK for firms that want to bring people in from outside the EU.

In the UK, companies that want to sponsor employees from outside the EU need a licence, which comes with all kinds of responsibilities like tracking workers' attendance. As of April, companies need to pay an extra £364 per worker annually, (rising to £1,000 a year if they grow beyond 50 employees) as an incentive for companies to train up British workers. For employees themselves, a UK working visa costs more than £400 (€477), but for Germany it's £50 (€60).

Nick Franklin, a Brit who had worked in east Asia for customer service software company Zendesk, had to decide where to set up his own firm: London or Berlin?

The tipping points for Berlin were cost and visas. "Those were really the only two things," he told The Reg – he'd already rejected Silicon Valley earlier, due to visa logistics and expenses.

Since then, Franklin's subscriptions analytics company Chartmogul, based in Berlin's central Mitte district, has sponsored numerous employees from outside the EU (the firm of 22 people contains 15 nationalities). "We never had any issues with it – it's free for the company," he says. "And it's really fast."

The result? Plenty of people are moving to Germany and Berlin: since 2011, the city has grown by nearly 50,000 people a year as economic growth has picked up and unemployment fallen, mirroring Germany's wider industrial success story.

Sounds great, but costs are rising

"In Germany, we have a strong industry sector – much stronger than in the UK," which is excellent for business-to-business startups, says Stefan Franzke, co-chief executive of Berlin Partner, an agency that helps companies launch and grow in the city. Titans of the German economy – including Siemens, Lufthansa, Deutsche Bahn, and Mercedes "want to digitise their established product, and for this change, you need talent and startups," he adds.

The amount of venture capital flowing into Berlin has exploded over the last five years, according to KPMG. In 2016, it attracted $1bn of investment, compared to $3.1bn in London (which has roughly two and a half times the population).

But this influx of people and money is chipping away at one of Berlin's key advantages: cost. According to a 2016 report by Knight Frank, prime office space in the city is about 70 per cent cheaper than in London. But then property firm JLL says rents are rising by around 15 per cent a year. A one-bedroom flat in Berlin's city centre costs around £600 a month, compared to nearly £1,700 in London, says the price crowdsourcing site Numbeo, but rents have been rising swiftly. They jumped 7 per cent in 2016, according to analysis by Deutsche Bank.

Perhaps because they are aware of these trend lines, those promoting the city play down the idea that Berlin is a cheap place to set up. "This is not the most important advantage," says Franzke. Cheap rents are "like a present," he says – a nice bonus, but not a core reason to move. Yet others in the startup scene mutter privately that cost is still the city's trump card as it enables startups to lure in young, relatively cheap workers.

For some tech founders in Berlin, a bigger problem than rising rents is the hassle of finding a place to live. "Every apartment you go for there can be 20 people queued up outside," Franklin says.

It takes Chartmogul's new employees "a couple of months" to find somewhere permanent, he warns. "A lot of people book an Airbnb for a month... and then they realise they need two months."

Alongside the struggle to find a flat, Berlin founders also warn of an initial "sticker shock" from German bureaucracy.

It takes about a month to set up a company, and they need relatively large amounts of founding capital, Todd says. There are other problems: "Ninety per cent of startups fail, and it takes a minimum of a year to shut down a company in Berlin, and that doesn't give entrepreneurs the feel-good feeling that they want to start another company."

Others complain about how difficult it is to use credit cards in Berlin.

But in compensation for these irritations, there are plenty of state-backed carrots to help startups grow. Investitionsbank Berlin – a business development bank – offers 13 different types of assistance to founders, generally different types of loans.

Isaac Ashdown, a British programmer who co-founded inbetweengames in 2015, managed to win an interest-free loan for €70,000 (£58,669) from Berlin's Medienboard – another organisation that offers assistance to game, film and virtual reality firms – to fund half of a project to create a noir game set in a futuristic Berlin (where the Cold War is still raging). The application took about two months, as did the decision. "I'd definitely recommend it, but it would be difficult if you didn't have a German speaker," he says.

As for Berlin's working culture, there is little of the 100-hour week machismo that afflicts some in Silicon Valley; offices tend to be extremely international and people start and finish work a little later than in London. "Berlin's a later-skewing city in general," says Ashdown. "There's not this rush to get drunk before the pubs shut."

But Berlin's tech scene seems just as male-dominated as in any other city, and maybe less conscious of this. "Berlin is the only place where I've been to a tech conference which has an entirely white male panel," says one tech founder who preferred to remain anonymous. In London and San Francisco, the industry is much more conscious of its demographic skew, he says.

Berlin, then, is no startup paradise. If it was, Germany's capital would have won out over London even without the prospect of leaving the EU. Brexit, however, could tip the balance in its favour – just don't expect the shift to happen overnight. ®