Forensic accountants appointed to pore over Post Office IT scandal 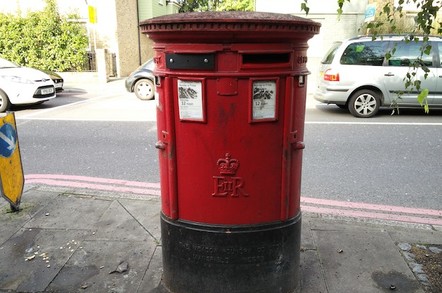 The UK's Criminal Cases Review Commission has confirmed that it has appointed a firm of forensic accountants to assist its investigation into whether sub-postmasters were wrongfully prosecuted due to issues affecting the Post Office's Horizon IT system.

The CCRC is investigating 27 similar cases in which sub-postmasters allege they were wrongfully prosecuted for theft and fraud due to problems with the Post Office's IT system. The sub-postmasters, who are contractors to the Post Office, claim that issues affecting the Horizon IT system led to anomalies with their accounts and that they are innocent of misdeeds.

Back in 2013, the Post Office admitted that it may have wrongly prosecuted sub-postmasters due to issues affecting the Horizon IT system, which continues to handle all payment processing for the Post Office's 11,500 contractors who run sub-post offices throughout the country.

Up to 1,000 sub-postmasters could be set to join a group litigation order led by legal firm Freeths if they join the collective action before the 26 July deadline. Hundreds of affected sub-postmasters have come forward since the collective litigation order was granted in January regarding the Post Office's treatment of contractors, with a potential payout of tens of millions to those wrongfully prosecuted.

A forensic accountancy group, Second Sight, was appointed in 2012 by the Post Office — at the request of MPs — to conduct an independent investigation into matters raised by former and current sub-postmasters. Its report alleged that the Post Office failed to find out why large cash shortfalls had occurred at several sub-post offices before it began launching civil litigation and criminal prosecutions against sub-postmasters, who are contractually liable for such losses.

Today CCRC confirmed to The Register that it has appointed a forensic accountancy group to again investigate the claims of wrongful prosecution, although it declined to identify which group had been appointed.

A spokesperson for the commission told us that he could "confirm that we have instructed forensic accountants in this set of cases".

The Commission continues to actively review a string of cases relating to applications from former Postmasters/mistresses convicted of offences such as theft and false accounting having been prosecuted by the Post Office. We now have 27 such cases where a common theme is that the applicants are saying that issues with the Post Office's Horizon computer system contributed to their convictions. Ultimately, each case needs to be considered on its own specific facts but, given the similarities in the issues raised, we are taking a co-ordinated approach to these reviews.

In 2015, the Post Office challenged the findings of the Second Sight report, which concluded that the Horizon IT system was in fact responsible for the accounting cockups that led to many sub-postmasters losing their jobs and being made bankrupt, with some being prosecuted for theft and false accounting, and one documented suicide among those affected.

At the time, the Post Office said that the investigators were unable to show evidence to support their allegations. A spokesman told The Register: "Over the past three years there have been exhaustive investigations which have not found any evidence of systemic problems with the Horizon system."