US surveillance court declined less than 2 per cent of applications 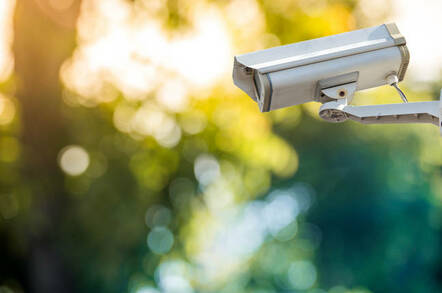 As part of the USA Freedom Act of 2015, statistical information on FISC is published annually, and includes information on amicus curiae appointments by the FISA courts.

Over 2016, it denied just 9 of the 1,752 applications it received (roughly 0.5 per cent) although a further 26 are listed as having been "denied in part" bringing that total to just under 2 per cent. 1,378 requests were granted outright over the calendar year, and the remaining 339 were modified, according to the report available here.

Although the paper does not explain why modifications were granted, it states that court actions which would lead to modifications on orders would include "imposing a new reporting requirement or modifying one proposed by the government" and "changing the description or specification of a targeted person, of a facility to be subjected to electronic surveillance or of property to be searched".

Compared to FISC's historical refusal rate, even the 0.5 per cent figure is quite high. The court's almost universal decision to approve FISA applications has led to the perception of it as a rubber stamp, allowing the NSA and FBI to apply to conduct wiretaps and other forms of surveillance against foreign agents.

"A striking feature of proceedings at FISC is that the executive always wins," began Conor Clarke in an essay published in The Stanford Law Review.

Clarke noted how between 1979 and 2012 the court approved 99.97 per cent of requests made to it, though Clarke writes to challenge "the popular belief that the government's 'win rate' is, by itself, a meaningful source of evidence that the FISC is neglecting its duties".

In offering an alternative explanation for the FISC's high approval rate, this essay also questions the common defenses employed by the FISC judges themselves, who – clearly embarrassed by the unflattering attention – have defended the court in ways that are awkwardly self-congratulatory or simply wrong. Indeed, there are plenty of reasonable concerns about the FISC. Its opinions are secret; its proceedings are one-sided. But the emphasis on the win rate is a distraction from the real debate over the court, and dropping the misleading statistics can help critics prioritize the more genuine concerns.

Of particular alarm to Americans has been Section 702 of FISA, which critics have alleged has been used to unconstitutionally target the communications of US nationals, a claim the House of Representatives had denied [PDF].

Notably, there is no mention of any FISA 702 certifications in the last year. While the report is published with a number of redactions, a spokesperson from the court has confirmed to The New York Times' Charlie Savage that the figure is accurate.

Section 702 is up for renewal at the end of 2017. That no certifications were issued during 2016 may provide some challenges to Congressfolk who wish to see it renewed, as its critics strongly stress should not take place. ®