Dell backs out of in-cloud backup business by selling Spanning 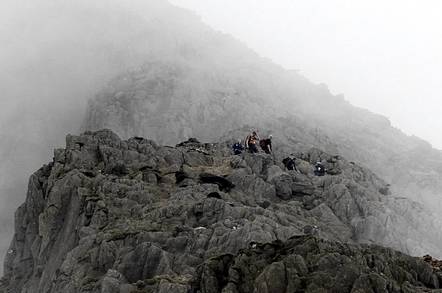 Spanning backs up data from in-cloud applications to other locations in public clouds, such as Amazon and Google's, and, it says, provides far more comprehensive data protection than the public cloud provider itself. For example there is a 100 per cent G Suite restore guarantee.

EMC bought Spanning for an undisclosed amount in October 2014. We speculated it was around $50 million. Subsequently Dell bought EMC and the combined company has been closing down and/or shedding some unwanted assets, such as DSSD, with Spanning being the latest. It's not that Spanning is failing. In its latest year it saw more than 70 per cent year-over-year revenue growth and has more than 7,000 customers, with the number growing. Spanning currently protects more than 1.5 billion items (files, etc.) for customers each week.

It recently announced an extension of its data protection for Office 365 in Australia and New Zealand, adding to the existing overseas data centre serving EU Office 365 users, based in Dublin, Ireland.

So why sell it? That is not disclosed but we would think it's due to Dell believing it can earn more money from the funds invested in Spanning by using them elsewhere. There may also be a belief that owning Spanning no longer fits Dell's strategy.

The announcement release says Insight believes in Spanning's potential for further expansion and will fund it "to continue to lead the SaaS data protection market". Insight VP Philip Vorobeychik said: "We believe Spanning has all the ingredients for continued success and market leadership – a great team devoted to customer success, innovative products, committed customers and a strong global presence."

Spanning Cloud Apps LLC will become an independent company operating under the Spanning brand in Austin, Texas. Dell EMC will remain a strategic partner and continue to sell Spanning Backup around the world as part of its data protection product portfolio.

No layoffs are taking place. Jeff Erramouspe, the CEO of Spanning before EMC acquired it, who was Spanning VP and GM inside EMS, will resume his CEO role. Mike Pav, previously Spanning's VP of engineering, will become SVP of Operations. All current employees will remain with the company. Onward and upward. ®