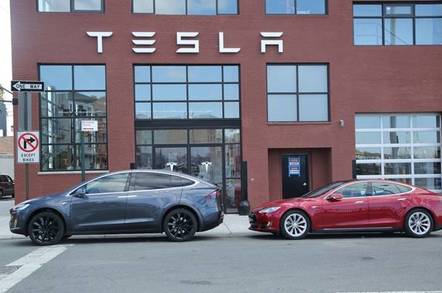 A class-action lawsuit has been launched against Tesla on the basis that updates to its cars' autopilots are "vapourware."

The three sample claimants say that they all paid for a variety of extra features and updates to their Tesla Model S cars, including updates to version 2 of the Enhanced Autopilot, AP2.0, at $5,000 each.

Other paid-for features they say did not work or were not bundled with their new cars include automatic emergency braking and side collision warnings.

Over-the-air updates were either not delivered, they claim, or degraded performance of their cars' autopilots compared to the original version. It is said that 50,000 Model S cars are affected by the disputed updates.

"Rather than deliver safe and advanced autopilot features, Tesla has delivered software that causes vehicles to behave erratically... The Enhanced Autopilot Features are simply too dangerous to be used, and are therefore, completely useless notwithstanding the $5,000 premium that Dean paid for Enhanced Autopilot," says their claim, filed in California on Thursday.

Tesla's website boasts that its Model S is "designed from the ground up to be the safest, most exhilarating sedan on the road", as quoted in the complaint.

The three complainants – Dean Sheikh of Denver, Colorado; John Kelner of Davie, Florida; and Tim Milone of Jackson, New Jersey – allege that Tesla has broken a number of US state laws, including consumer prosecution laws, "unjust enrichment" laws in Florida, and fraud by concealment.

They want a court injunction against Tesla stopping it from "continuing the unlawful, deceptive, fraudulent and unfair business practices alleged in this complaint" and a mandatory buyback of affected Model S cars – plus the inevitable lawyers' fees and damages on top of that.

Tesla has yet to file a response to the suit, number 5:17-cv-02193-NC in the US District Court for Northern California. ®