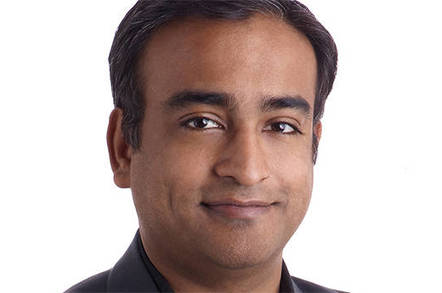 The CEO of a Silicon Valley startup captured on video beating his wife and threatening to kill her is, due to an offered plea deal, likely to spend less than 30 days behind bars to avoid being deported.

His wife is furious about the arrangement, claiming that she had been cheated by the system and the charge of "offensive touching" that will see Abhishek Gattani spend as little as 13 days in jail, with the rest of his six-month sentence carried out by doing weekend work, is a joke.

"His charge should be felony – battery with the intent to harm if not kill," she said in a victim statement read to the court in Silicon Valley's Santa Clara County Superior Court on Thursday. "Offensive touching? I call it terrorism. That’s how I felt – terrorized and controlled held hostage by the fear of pain, humiliation and assault on my being and my daughter's."

Abhishek Gattani, born in India, came to California back in 2005 as a software engineer. He became director of engineering at a Kosmix, a company later bought by Walmart. He claims to have created Walmart's search engine, Polaris, and is currently the CEO of Cuberon, a machine-learning engine that analyzes customer behavior.

While at Kosmix, Gattani later met and married Neha Rastogi, a product manager, who would later work for Apple, often working directly alongside Steve Jobs. She previously worked at Cisco and Adobe.

It was an arranged marriage with Rastogi later telling the Daily Beast – which has covered the case extensively – that they met only a few times before marrying in 2009. She was also born in India but had become an American citizen.

According to her victim-impact statement, the physical abuse began almost immediately. "He hit me, multiple times during each incident on my face, arms, head, belly, pulled my hair and abused me and called me a bitch, whore, slut, bastard and much more in my language," she told the court.

"Towards the last four years of our marriage he brainwashed me into admitting that I was a complete disgrace to him and the family we built and that if he was in my place, he would commit suicide out of shame, in other words telling me to commit suicide."

In November 2013, when Gattani was spotted dragging and punching Rastogi outside their home in Sunnyvale in the heart of Silicon Valley, a postal worker called the police. Gattani was charged with felony assault but it was reduced to a misdemeanor after Rastogi was told it could result in her husband – and the father of her three-month-old baby – being deported back to India, and urged for a reduction in the seriousness of the crime.

With dark irony, that event formed part of a hectoring, threatening and violent interaction that the husband and wife had in 2016 which Rastogi decided to record as evidence of ongoing domestic abuse.

The recording, which was introduced into court, was done surreptiously by Rastogi on her iPhone and over the course of six minutes, Gattani is heard, surreally, bullying her over the correct definition of a software bug before repeatedly hitting her as she tries to walk through why no content is showing up on specific webpages.

"Here's is a link that seems to be landing to a page, which takes you to this content," Gattani is heard. He starts: "Would you…" before hitting her, "… keep that link, or would you remove it? Tell me…" He hits her a second time and repeats the question: "Keep that link or remove it?" Crying, she says "remove it."

The conversation continues in a similar vein with discussion about fixing bugs in between strikes.