Vanish that flab using lasers to warp laws of physics 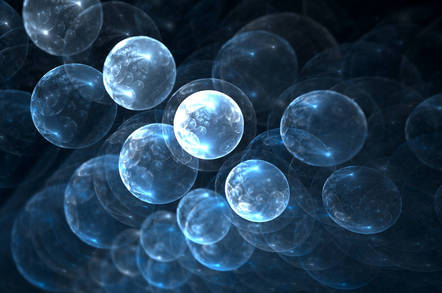 A team of physicists from around the world have created a fluid they claim has negative mass.

This strange matter has peculiar properties: when it is pushed, it moves in the opposite direction. In other words, pushing the fluid away only brings it closer. Newton's second law states that the acceleration of an object is dependent upon the net force acting upon the object and the mass of the object. So if you have negative acceleration from an applied positive force, you must surely have negative mass, right? Quite a neat trick.

Negative mass is, of course, a hypothetical idea in physics used to explain concepts in special relativity, quantum mechanics and even wormholes. Essentially, mass can be treated just like any other variable property, such as electrical charge, that can be negative and positive.

“Newton’s laws dictate that objects accelerate in proportion to the applied force. An object’s mass is generally positive, and the acceleration is thus in the same direction as the force. In some systems, however, one finds that objects can accelerate against the applied force, realizing a negative effective mass,” the researchers explained in a paper published this month in Physical Review Letters (available here for free on Arxiv). The scientists involved hail from Washington State University and the University of Washington in the US, the OIST Graduate University, Onna, in Japan, and Shanghai University in China.

To observe an effective negative mass, the gang cooled 100,000 rubidium atoms close to absolute zero using a laser trap: during the cooling process, hot energetic particles escape the trap, further cooling the system overall. The laser trap also holds the atoms in place to stop them flying away.

At these extreme temperatures, the atoms are squished into their lowest quantum state to form a Bose-Einstein condensate. The atoms behave like a superfluid with zero viscosity, and they flow without losing energy. This property is crucial for the next part.

A second set of lasers rocks the ultra-cool rubidium back and forth to change the way the particles spin: the photons from the laser changes the spin of the rubidium atoms and gives it a kick of momentum making the particles bounce to and fro. But since the rubidium atoms are interacting with each other in unison as a superfluid, the the system as a whole accelerates in the opposite direction it is being pushed it, producing the effect of negative mass.

At the atomic level, everything behaves as normal. Looking at the whole system, the fluid appears to have a negative mass.

“Once you push, it accelerates backwards,” said Michael Forbes, coauthor of the paper and assistant professor of physics at Washington State University. “It looks like the rubidium hits an invisible wall.”

The weird phenomenon isn’t just a nifty trick, though: it could provide a way for researchers to model and study particularly hazardous environments that involve negative mass – such as what happens within neutron stars.

"I'm particularly interested in neutron stars," Forbes said. "Gravity compresses protons and electrons together to create neutrons. And you don't want to get close to them – the gravity will rip you apart." ®