Turn off the heating, it's gonna get −180C in here 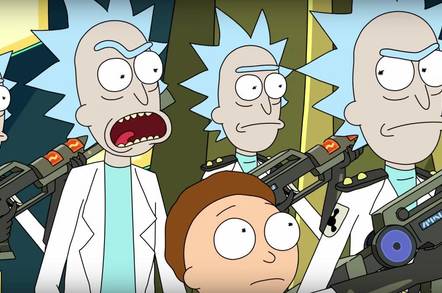 Microsoft and Rambus have announced "an expanded collaboration" to develop prototype systems that can optimise memory performance at cryogenic temperatures.

The pair first joined forces back in 2015 to investigate new computer architectures in anticipation of the Moore's Law apocalypse. The concern is that demand for realtime data consumption will continue to grow, and as such higher-performant and more energy-efficient projects will be more necessary too. Now, they're actively developing prototypes that will "optimise memory and interface solutions for operation at cryogenic temperatures for future generation data centers".

Primarily they will focus on improving energy efficiency for DRAM and logic operation at cryogenic temperatures, which are defined by the US National Institute of Standards and Technology as temperatures below −180C (−292.00F) or 93.15K.

In addition to being ideal for high-performance super computers and quantum computers, the new generation of systems will enable high-speed SerDes links to operate efficiently in cryogenic and superconducting domains and allow new memory systems to function at these temperatures too.

Rambus says the motivation for the research is to improve the energy efficiency and cost of ownership (COO) of memory systems in the data centre, particularly by operating them at very cold temperatures.

Savings for Microsoft, which is committed to Azure, could provide some vital advantage ahead of rivals such as Amazon. According to Rambus: "This work is an exploration to determine if there are sufficient energy-saving opportunities or other advantages for memory systems operating at low temperatures."

Savings can be found not just in energy consumption, which is a primary area of emphasis, but also in bit density scaling, performance, cost per bit, and manufacturability, where reduced temperature environments could also offer advantages.

Today there are multiple public and private sector research projects around cryogenic computing as well as quantum computing. These efforts show high-speed processes capable of manipulating large amounts of data, which creates a multiple order of magnitude gap in the speed at which data can be sent or received from that process.

There is also a temperature gap between room temperature operation of current supercomputers (approximately 300K) and the operating temperature of a cryogenic core (4K). Rambus is seeking to close these gaps by designing and developing optimized memory sub-system solutions, capable of operating at 77K and interfacing to computers operating at liquid helium temperatures (4K). 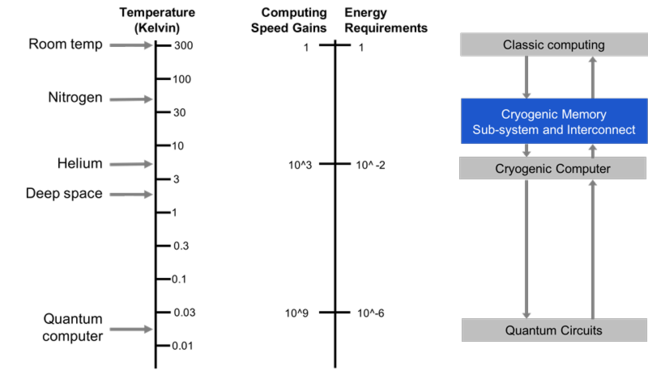